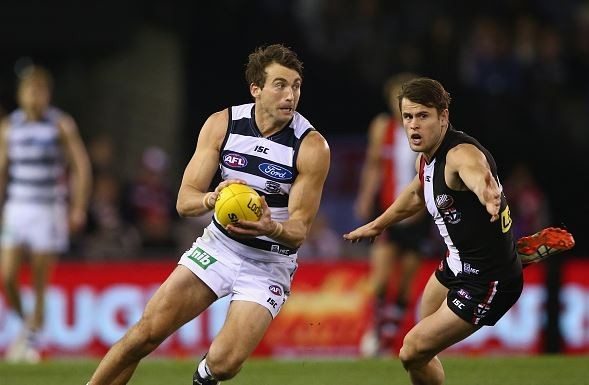 Geelong triple-premiership legend Corey Enright will play on in 2016, after signing a new one-year deal with the Cats.

The man known as ‘Boris’ will have the chance to break the club’s games record, with Enright currently sitting on 309 games, 17 shy of Ian Nankervis’ 325 games for Geelong.

The 33-year-old said he wanted to wait until the season finished before inking a new deal.

“The club made me an offer earlier in the year but I wanted to wait until the end of the season before making a decision,” Enright said.

“My body feels good and the coaches are happy with the way I am playing and I am keen to go on. It was disappointing to miss the finals this year but I think we have a good group of players and we will be back contending next season.

“I will take some time to freshen up and I’m looking forward to getting back for pre-season in November.”