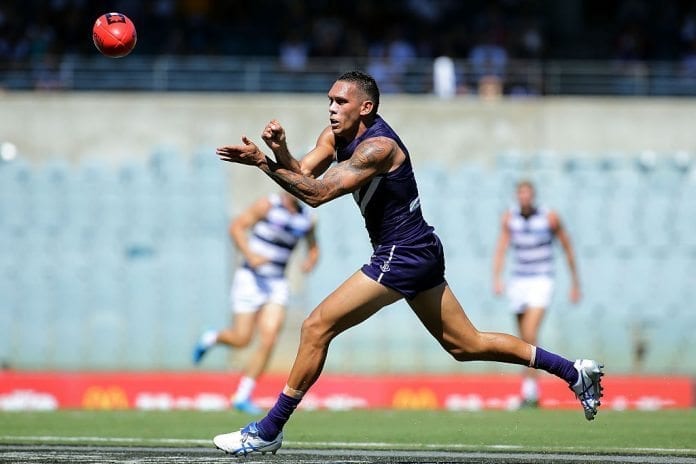 Fremantle football boss Chris Bond expects midfielder Harley Bennell to play football for the club this season, and a lot of it.

After missing the entire 2016 campaign due to injury, Bennell went to Munich last month to seek answers on his injured calves from soft-tissue expert Dr Hans-Wilhelm Muller-Wohlfahrt, and the 24-year-old has returned to WA refreshed and ready to up his workload.

“He’s not in the main group as yet, but he’s certainly been able to get a fair few kilometres into his legs and he’s working really hard,” Bond told 6PR.

“We’re really just monitoring him from a KPI point-of-view and once he continues to progress … he’ll keep working towards the footy program.

“We’re really confident he’s going to be playing a great deal of football this year, and that’s what we want to do.

“In regards to exact dates we’re not too sure, he’s just working through in really good spirits and training very hard.”

The Dockers are set to welcome back some key players who missed the majority of the 2016 season, with Nat Fyfe and Aaron Sandilands joining Bennell as players returning from season-long injuries.

As well as the injured brigade, Bond is looking forward to seeing some of Fremantle’s new recruits in 2017, as the football boss believes they’ve all come into the club with the right attitude.

“The new players that have come in have just knuckled down and trained,” Bond said.

“They’ve been able to put some strong performances out on the track – Bradley Hill being one of them, Cam McCarthy’s training really well, Joel Hamling and Shane Kersten.

“These players that have been in the system before have really come and worked really hard.

“(Fyfe) hasn’t missed a beat in the pre-season, he’s been outstanding on the track as well as our other leaders.”