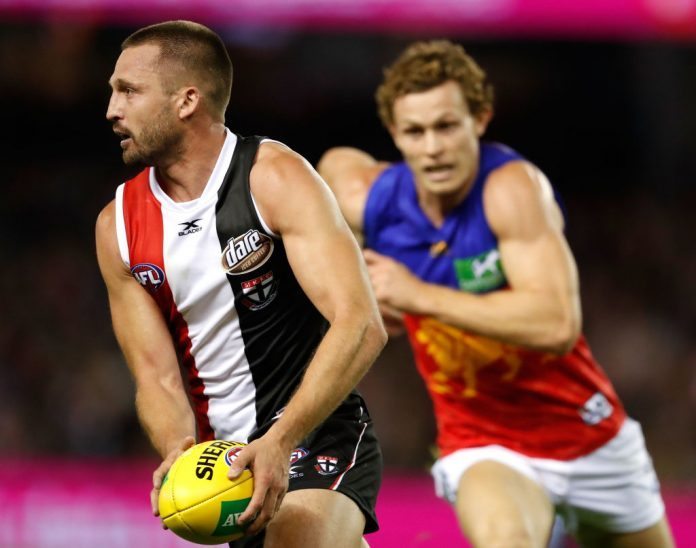 Much loved Western Bulldogs’ captain Bob Murphy has named his top five most underrated players in the AFL.

The Saints’ veteran may not fly under radar any more, following his appointment as captain, but the 28-year-old has gotten the job done for St Kilda for 141 games and gone largely unnoticed by many opposition fans. He plays his role to aplomb and is highly rated at his club and around the league.

MELBOURNE, AUSTRALIA – JULY 17: Jarryn Geary of the Saints celebrates after scoring a goal during the round 17 AFL match between the St Kilda Saints and the Melbourne Demons at Etihad Stadium on July 17, 2016 in Melbourne, Australia. (Photo by Robert Cianflone/Getty Images)
BackNext