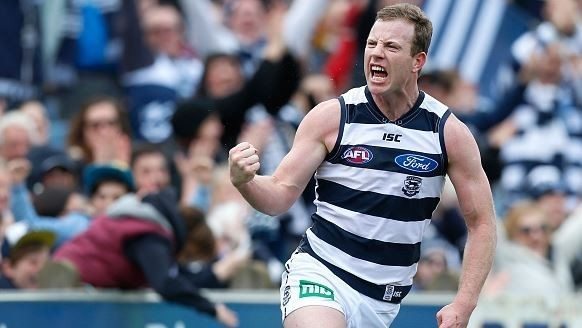 Johnson is having a tour of the Giants’ facilities and meeting with key members of the club, including coach Leon Cameron.

No formal offer has been made but it is believed that Johnson and the Giants are in talks over a playing role that will lead into a coaching role.

The playing role is understood to be for at least one year, with the possibility for two.

“There is no official offer, but you don’t give someone the full tour without it being a serious discussion,” Barrett said.

Sydney is also in the running to snare the three-time Geelong premiership player, with General Manager Tom Harley well known to Johnson from their playing days.