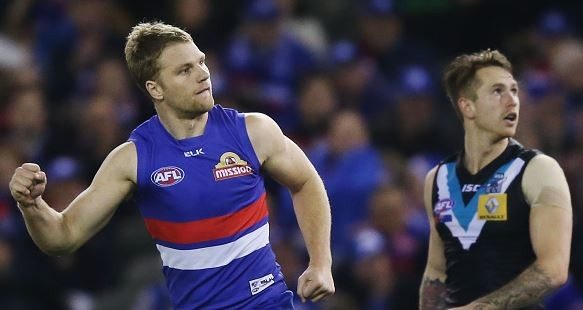 Five Bulldogs were picked in the initial squad, demonstrating just how important the youngsters have been in the Bulldogs’ meteoric rise this season.

GWS have the most nominations with six, while Collingwood also has five.

The committee who picked the squad was made up of Chris Dawes, Drew Petrie, Jimmy Bartel, Leigh Montagna, Matthew Pavlich, Patrick Dangerfield, Ted Richards and Will Minson.

Fans can now vote for who they think should be in the team on the AFL and Fox Footy Facebook pages.

The final squad will be named on September 15.