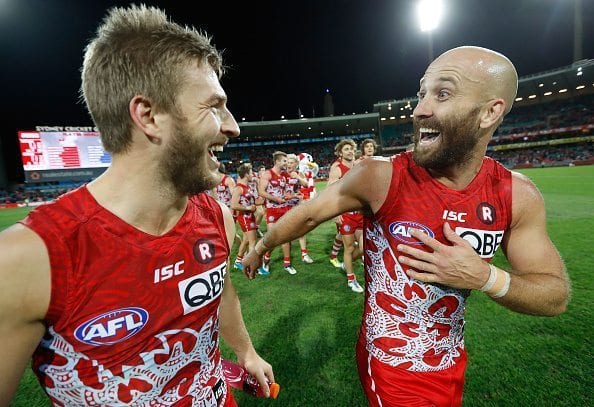 With the NRL’s State of Origin taking place over the next six weeks, it’s that time of year where punters jump aboard the bandwagon and discuss the possibility of the AFL reintroducing the concept.

A lot of potential Victorian, South Australian and West Australian teams are mooted, but what about the two states that contest rugby league’s showcase event?

For the record, I would love to see the concept teased back into AFL, perhaps in a condensed format during the NAB Challenge.

It would largely be unrealistic to attempt to run a full competition during or after the season, as the NRL is having problems of its own with the scheduling.

Nonetheless, here are my potential 22 players that New South Wales may select in a fantasy State of Origin competition, with their hometown/city listed.

You may be surprised at the strength of players produced by the ‘Premier State’.

Note: The criteria for AFL state of origin selection is applied to players who played most of their junior games in a particular state or territory.