AFL chief executive Gillon McLachlan has threatened to send members of the league’s Queensland transition hub home after coming down hard on people treating the stay as a holiday, per SEN.

In a meeting between the AFL and club representatives, McLachlan was reportedly frustrated with how members of the hub were potentially putting the AFL’s season in danger.

Following on from Richmond’s COVID-19 breach last week and the Queensland governments questioning of special treatment, the AFL boss looked to curve the ship away from any further ridicule.

McLachlan explained that those in quarantine within the hub were sunbathing at the pool without appropriate social distancing and were limiting others from using the Mercure Hotel’s facilities. 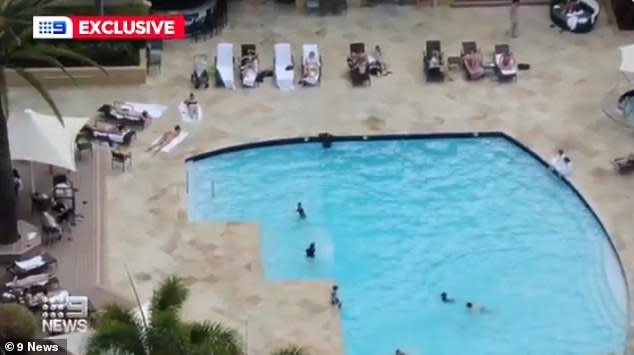 It had also emerged that a number of partners of players had gathered together in a room, as well as media representatives closely congregating by the bar.

The Queensland government has recently been ridiculed for double standards, with the AFL being allowed certain amenities for members in the hub during their stay in the state.

Close to 400 people have been staying in the transition hub since September 1 for their two weeks of quarantine.

Queensland premier Annastacia Palaszcuk had recently come under fire for giving the league special treatment while Queenslanders were forced to abide by different protocols laid down by the state government.

Bombers forward Orazio Fantasia set to be shown the exit