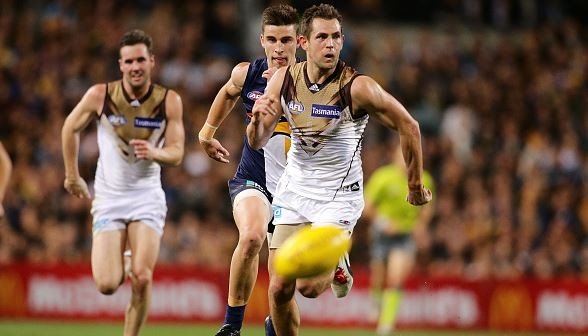 Hawthorn is sweating on the fitness of captain Luke Hodge and forward Jack Gunston, but both trained today at Waverley Park and should take their spots in the side. This means that heartbreak kid Ryan Shoenmakers is likely to be left out yet again. Despite being a fairly regular member of Hawthorn’s team during the home and away season, he has missed the past two Grand Finals for the Hawks.

West Coast will be near full strength, with Chris Masten getting through unscathed in his return from injury last week against North Melbourne. The Eagles have done a brilliant job of covering the loss of key defenders Mitch Brown and Erik McKenzie, who have missed the entire season through injury.

The Hawks are gunning for immortality. A third consecutive premiership flag would mean Hawthorn is without doubt the greatest side of the modern era. Hawthorn has taken the long road to the big dance, yet still go into the game as favourties with their September form over the past three years too good to ignore.

West Coast’s big win over Hawthorn in week one of the finals in Perth will count for little, as playing at the MCG on Grand Final day will prove to be a different challenge entirely. The Eagles will definitely take confidence from their win two weeks ago and rightly so, as they played some simply outstanding football.

However, Hawthorn should prove too strong on the MCG on Grand Final day, as the last few years have proven that they just know how to get the job done when it matters.

Before West Coast’s qualifying final win, Hawthorn had won the previous five clashes between the two sides. For West Coast to record a second straight win over the Hawks, the Eagles need to stop Hawthorn racking up uncontested possessions.

The Hawks rank first in the competition for uncontested possessions, averaging 259 uncontested possessions per game. The ability of Clarko’s men to find loose players and chip the ball around the ground without their opponents getting their hands on the footy is outstanding. West Coast will have to stifle the Hawks and apply serious pressure on the ball carrier. Their defensive pressure was fantastic in the qualifying final and it will need to be even better this week if they want to win.