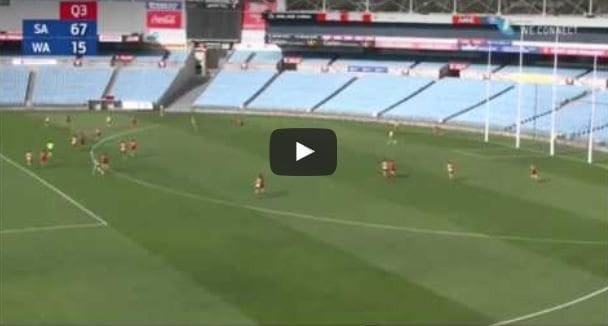 Harry McKay is another draft prospect that has bolted up the rankings in recent times. It seems the missing ingredients for McKay are belief and to fill out his frame.

As a forward McKay’s athleticism combined with his height could be a real weapon when he fills out his frame a little bit more. McKay’s same athleticism should see him develop into a handy relief ruckman but he still has plenty to learn about the ruck craft.

We like McKay as a certain top 20 pick and expect him to go closer to pick ten.

Ex-Dog to train with Blues

How open is YOUR club’s premiership window?

Why are AFLW players more prone to ACL injuries?