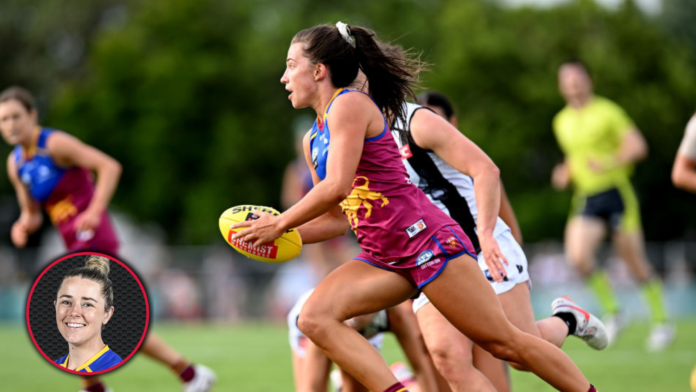 Now that the AFLW home and away season is done, the time for finals has come.

Here are my thoughts on the final round, and my predictions coming into the first round of finals …

Melbourne was given a taste of what to expect in the AFLW finals after Carlton took it right up to the Demons. In a tight battle, Melbourne struggled to get their game going while the Blues played their best football of 2022 off the back of a stellar game from Nicola Stevens.

If in doubt, Daisy Pearce goes back for Melbourne. It’s a lock if the Demons are under pressure or losing, that Daisy will become a spare down back. Other teams just need to not kick it to her, and it’s an absolute win getting her out of the Dees’ forward line. If you’re playing Melbourne in Week 2 of finals, I’d be watching this game and Round 7 vs. Brisbane to figure out how to defeat them.

Adelaide brushed off a St Kilda unit with nothing to lose. The contest was tight in the early stages but, to be honest, it never looked like the Crows would have anything to worry about. Ashleigh Woodland booted two goals to wrap up the competition's leading goalkicker award with 19, the most of any player in one season in the history of the competition - lengthening seasons makes this possible. The Crows are looking as good as they have all season - a strong team all over the park and, when you can get Danielle Ponter scoring as well, they’re hard to beat.

The Western Bulldogs were able to find some control early in the first half but ultimately the Lions’ ability to turn offence into defence was on show again. Another even contribution by the Lions saw seven individual goal-kickers. No team in the competition can turn defence into attack like the Lions - the only question is, can they play slow if they need to? The Bulldogs showed good signs heading into the next season, although from the outside the surprise retirement of Ashleigh Guest is a big loss for the Bulldog’s young backline.

Sending all the best to Ash Guest who announced her retirement from footy before today’s game. #AFLW pic.twitter.com/Q8oe2Mi2eW

In the final round of the competition’s home and away season, the Kangaroos finally found some more avenues to goal. The Kangaroos look to be back at their best around the ground with Ash Riddell leading from the front, although a dominant display heading into finals is perhaps not as exciting considering the form of their opponents. The Eagles have been struggling to get an even contribution from their players all year - they must look to recruit some established A or B grade players ahead of the next season, which will be tough given the expansion of the competition.

In all, it was a rather uneventful end to the home and away season. This weekend sees the top two teams - Adelaide and Melbourne - take a well-deserved rest, while the four remaining sides - Brisbane, North Melbourne, Fremantle and Collingwood - play knockout finals.

My tips for the round:
Brisbane vs. Collingwood – Brisbane by 20
North Melbourne vs. Fremantle - North by 4