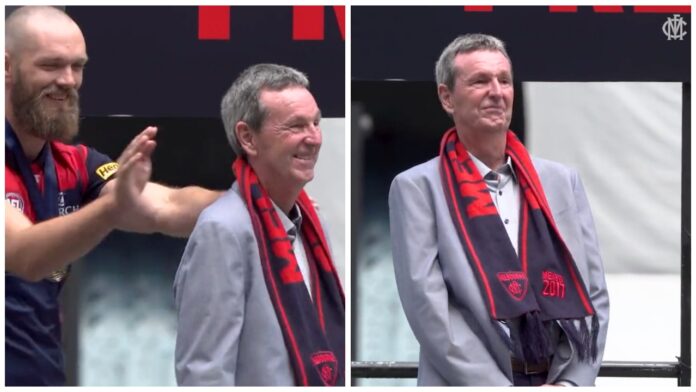 Former Melbourne coach Neale Daniher has nearly been brought to tears as Melbourne fans cheer the inspirational figure as they celebrate their Grand Final win at the MCG.

Daniher was at the MCG to celebrate the Demons win along with thousands of fans who were unable to attend the game in Perth due to Victoria's lockdown.

A standing ovation for the great Neale Daniher. ❤️ pic.twitter.com/uiKLBsqq3n

Fans around the ground were brought to their feet to welcome the man behind the Big Freeze campaign as he was greeted by captain Max Gawn and coach Simon Goodwin.

Former player Russell Robertson and his cover band played as the half-time entertainment as the Demons fans prepared themselves for the game-winning third-quarter blitz.

Around 35,000 fans piled into the MCG to see their team lift the 2021 premiership cup in the flesh.