The first trade of the year was finally completed on the fourth day of the trade period, with young key defender Jake Lever departing the Crows in an exchange for current and future draft selections.

Both clubs will be happy with the exchange, with Melbourne landing their centre-half back for the next decade, while Adelaide were handsomely rewarded with two first round draft selections.

On face value, the Crows received a favourable deal, securing multiple first round draft picks to revitalise a talent laden outfit not short on young stars. However, with the club firmly in it's premiership window after being the dominant side for the vast majority of season 2017, their time is now. Losing an established key defender who featured in the All-Australian squad of 40 is far from ideal for the Crows, who will look to challenge for the flag over the next few seasons.

With intercept marking as important in the game as it ever has been, Lever will be a significant loss. Albeit, the draft picks received will allow them greater access and trade leverage to snare established stars such as Bryce Gibbs, whom Adelaide refused to meet Carlton's demand for last year.

From a Melbourne perspective, a team hopefully just about to enter their premiership window, securing Lever's services could be the catalyst for an assault on the 2018 flag. The Demons were always going to have to sacrifice a handful of valuable picks to land the young star, a risk worth taking for the security of a guaranteed elite player, who solidifies a formidable young core alongside the likes of Hogan, Petracca, Oliver, Viney and Hunt. At 21 years of age, the Demons have landed an absolute gem.

In another complex exchange of current and future draft picks, speedy midfielder/half-forward Devon Smith found his way to Essendon with the promise of increased time as a midfielder.

The Bombers have seemingly come up trumps in the deal, securing a potentially game breaking midfielder entering the peak of his powers at age 24, while also gaining second round draft selections for the next two national drafts.

Smith will add flair and further goal-kicking prowess to a side already possessing the likes of Daniher, Fantasia and McDonald-Tipungwuti, cementing their place as a deadly offensive outfit. A worry for Essendon fans could be the lack of height in the midfield, with Merrett, Parish and McGrath all below average heights in the modern game, yet shouldn't be an issue given the elite talent they possess respectively.

For the Giants, losing another foundation player entering their prime hurts their flag chances, however, will have access to yet another young star with the acquisition of pick 11. Similar to that of the Crows, GWS are firmly in their premiership window, therefore making the loss of a proven contributor in Devon Smith for further draft selections less valuable than clubs lower on the table.

With the likes of Shaw, Deledio, Mumford and Griffen nearing the end of their careers, compounded with the impending departure of Nathan Wilson, this is another blow for the Giants, who must strike gold with pick 11 to validate losing Smith.

In the lowest profile transaction of the trade period thus far, Power live-wire Jarman Impey moved to Hawthorn for pick 33 and later selections.

The Power would be disappointed to lose Impey, especially with the retirement of Angus Monfries and the uncertainty surrounding Robbie Gray leaving a gap in their forward line. 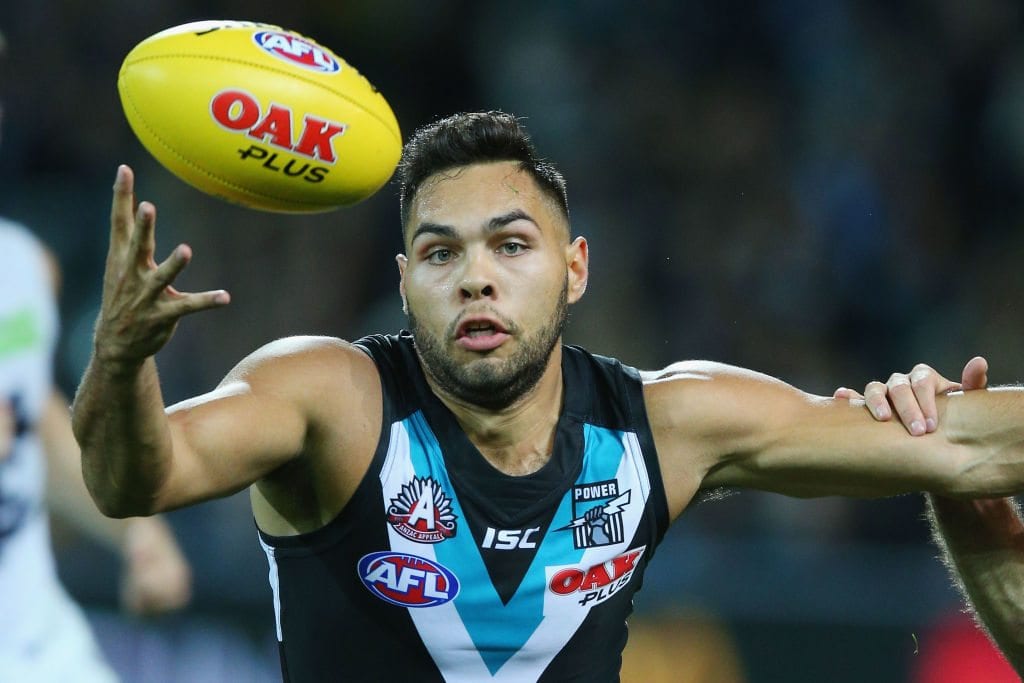 At 22 years of age, Impey has plenty of high-quality football left in him and the upside to become one of the elite pressure forwards in the competition. In receiving pick 33, however, the Power were fairly compensated for a player in their bottom dozen of their starting 22, making the most out of an undesirable situation.

For the Hawks, adding a young, powerful small forward to their mix of Rioli, Breust and Puopolo ensures they remain one of the best pressure teams in the league for years to come and a goal scoring threat every time the ball comes down their end.

With the ability to play either end of the ground, Impey will be a versatile addition to Clarkson's style of football, and should justify the picks exchanged to secure him on a three year deal.