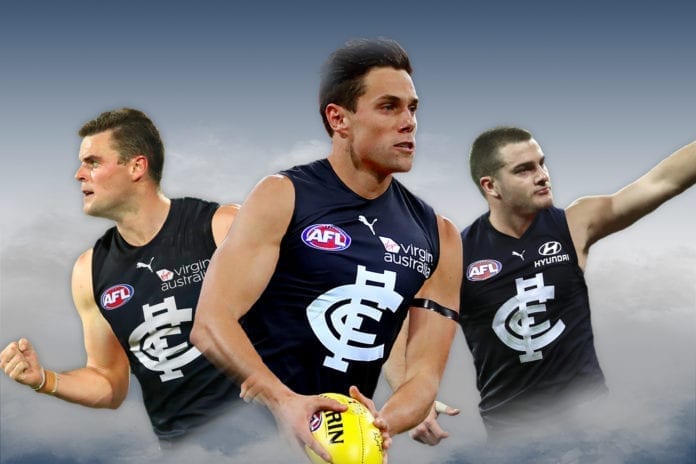 The Blues have taken huge steps forward in 2020 and can now dream big about their exciting future.

In saying that, the Baggers still have some areas that they need to strengthen going into 2021 – but they have the salary cap space to add the necessary talent.

After missing out on some of the game’s bigger names over the past few years, the Blues have room in their cap for a big fish. There is no better time to strike the player market now that list sizes and expected to be cut and salary cups shrunk.

But where do they shift their focus? This year’s free agency crop isn’t as strong as it has been in recent years, so the Carlton hierarchy will need to be creative. They have their eyes still firmly set on Swans star Tom Papley after missing out on him last year.

But with the Swans likely play hard ball again, the Blues will need to have half an eye on other potential recruits.

Carlton has been known to bring in big fish on big money, but those deals haven’t always proven fruitful. They need to be wise with their spending at the end of 2020.

Here are 10 players the Blues should target in the off-season.

Not the big fish per se but a potentially handy pickup. Lonie’s name was bantered around two seasons ago as the Blues went on the hunt for a small forward. The deal never eventuated nor did it ever really get off the ground. The classy left footer would provide support to an ageing Eddie Betts and a point of difference being left footed. He would come pretty cheap to compared to some other players on this list.

The BEST moments of the 2021 AFL season so far