Sydney Swans star Isaac Heeney is set to miss the rest of the season, the club confirmed.

The gun forward will undergo surgery today after suffering an ankle injury in Sunday’s loss to the Tigers.

“Isaac is having an ankle operation this afternoon as he has a ruptured medial ligament in his ankle and also the tendon tunnel in his ankle has been ruptured,” Longmire told the club website.

“He is out for the year as he will be in a moon boot for the next eight weeks.

“Isaac works so hard on his game, he plays a lot of the time with all sorts of injuries no one would know and he is as hard as.

“When he went down with an injury after the game I knew it was significant because he is tough.”

In other injury news, Josh Kennedy is expected to miss six to eight weeks with a knee injury.

“Josh has strained his medial ligament in his right knee so he will be in a brace for probably five weeks,”

“Then maybe he will be right to go by the six to eight week mark.

“He has been fantastic, he and Isaac have been really good for us this year.” 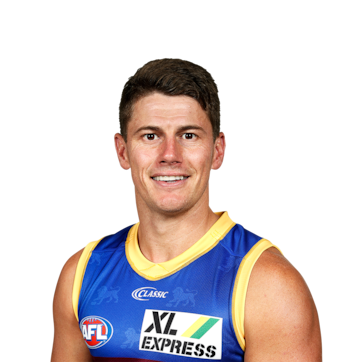