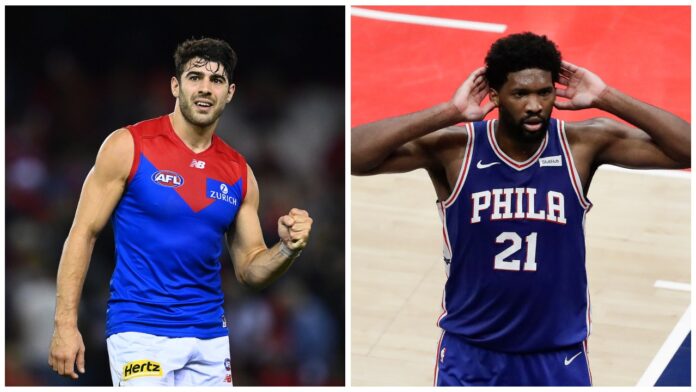 Melbourne star Christian Petracca has taken aim at Philadelphia star Joel Embiid after the 76ers' were bundeled out of the NBA playoffs on Monday.

Embiid seemed to put the blame for his the loss on Australian Ben Simmons who has been under pressure for his poor shooting of late. Embiid said a Simmons error was the turning point in the game.

"I don't know how to say it - but I thought the turning point was we had an open shot, we missed and we made one free throw."

—Joel Embiid on the Sixers' Game 7 loss vs. the Hawks pic.twitter.com/wDsw1gVZP0

Petracca is close friends with Simmons and leaped to the defence oh his long-time pal.

Petracca said Embiid may need to focus on himself rather than blame the Australian star.

"8 turnovers twice in this series and wasn't clutch?" Petracca questioned.

"Maybe look at your own game before you blame someone else.

Petracca was pulling no punches, even tagging the 76ers' big man in his post on his Instagram story.

If your team could steal one player: Essendon Bombers

Star Hawk on track for Round 1 return