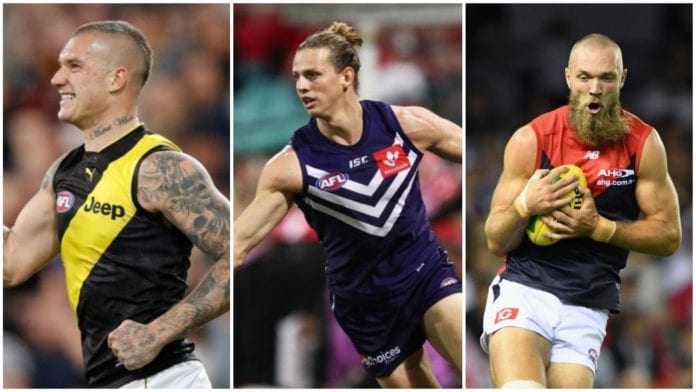 The 2009 draft was a blessing or a curse for a number of clubs, as stunning selections and unlucky injuries would soon write as a major theme for many draftees.

A year Demon fans will try to forget for most parts, the club was gifted the first two selections of the crop. After two season their prized No.1 selection had departed and eventually their trusty number two would be plagued with injuries, leaving the club after just 86 games across eight seasons. However, an early third-round selection would soon turn those sour fans.

For many others however, they left draft night not knowing they had found a star they were soon to call their own. Many selections outside of the first round went on to become Brownlow medalists, premiership players and All-Australians – leaving many clubs to wonder “what if?”.

Across the entire field, the 17-man first-round shapes very differently when given the chance of a do-over, and that’s exactly what we’ve done.

*Certain player movements were negotiated in this draft (eg. Luke Ball to Collingwood, Matt Maguire to Brisbane), these players who arranged moves were not included in our list.

An ever-dependable player for the Kangaroos, Macmillan is a role player every club wishes to land on draft night. Taken at pick 37, Macmillan is a steal having served 158 games as a shinboner.

Like many in this draft class, Macmillan is within the bracket of his best footy, averaging 20.4 disposals, 4.9 marks and 5.2 rebound 50’s a game. Macmillan also set his three best performances for possessions in a match last season with 37, 34 and 34.

QUIZ: Every wooden spoon side since 2000