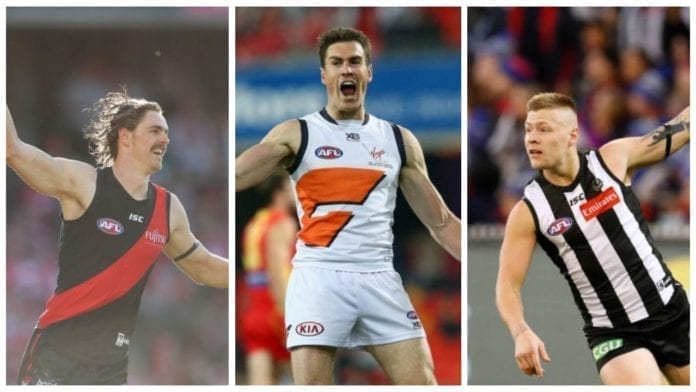 With the regular season run and done, there are currently 10 playing lists kicking back on a banana lounge somewhere.

Following this weekend’s pair of elimination finals, they are set to be joined by a further two teams.

Although these players are enjoying some well-deserved rest and relaxation, the same cannot be said for their club’s list management teams.

In an off-season that looks set to bring forth cuts to the salary cap and list sizes, as well as an obvious ambiguity surrounding this year's draft class, said surveyors of talent have their work cut out for them.

These three pitfalls may lead clubs toward identifying and selecting known talent rather than hypothesising over the ceilings of untested teenagers.

Should this be the case, the collection of names on this list are almost certainly on the whiteboards of list management war rooms the nation over.

Below we have predicted the landing spots for 10 of the biggest out-of-contract stars.

You would have to have been living under a rock not to have heard Crouch’s name in the past six months.

Queries about his form and a recent off-field discretion have only added to the discourse surrounding his future.

What impact will this incident have on Brad Crouch's trade value? pic.twitter.com/Wzy0HyOIh8

What can be said for certain is that it won’t be in the city of churches.

The 26-year old’s name has been linked to a veritable plethora of clubs this season, including the Crows’ archrival from Alberton.

Despite the multitudes of whispers and dead ends, we’re of the belief that Victorian will cross back over the border to call the Cattery home.

With the impending retirement of superstar Gary Ablett, coach Chris Scott will need to fill positions both in the centre of the ground and in front of the ball. Who better to add to the Cat’s engine room than prolific ball winner Crouch?