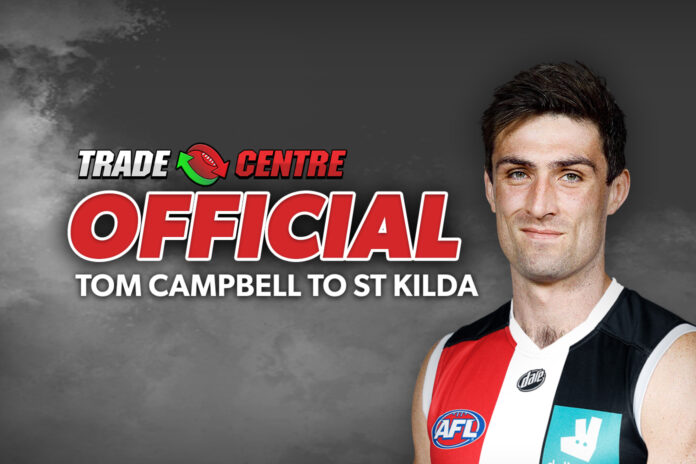 Campbell was delisted by North Melbourne last month after three seasons at Arden Street, having first joined the AFL landscape with the Bulldogs via the 2011 Rookie Draft.

After parting ways with Paul Hunter and Sam Alabkis this season - matched with missing out on their attempt to sign Roos tall Tristan Xerri - the Saints have looked to Campbell to bolster their ruck stocks for next season.

With first and second-string talls Rowan Marshall and Paddy Ryder both missing matches last season due to injury, Campbell is sure to be placed as a reinforcement for Brett Ratten, as the Saints look to make a return to the September action.

"Stability in our ruck is extremely important for us, and we believe Tom will provide important depth, competitiveness and flexibility to allow us to maintain our structure next season.

“Tom is known for his professionalism and team-first approach and will no doubt be a great influence on our young and developing players.”

The lifeline will likely see Campbell add to his 54 career games, having played 42 with the Bulldogs before moving to the Kangaroos ahead of the 2019 season.