Players really used their heads this week – some to better effect than others. All in all, it looks like the 2020 rollercoaster is only just beginning, so strap yourself in for the Hits and Misses of Round 4.

The Saints traded for Butler with just minutes to go in last year’s trade period – and all it cost was pick no. 56. He’s been a strong performer all season but he had his finest hour against his old side on the weekend, bagging 3 goals. Hindsight’s everything, but the Tigers could probably use him just about now.

A lot of the footy played was ugly, but one plus of the weekend’s low scoring games were the close finishes. For the first time in AFL history, wins of one, two, three and four points were recorded. How about that? Meaningless stats have never been more interesting.

This is Matt Rowell’s AFL Evolution Career Mode game – we’re all just living in it. After another dominant display on the weekend, Matt Rowell has rocketed into third-place Brownlow odds. And it’s only Round 4! Sure, but he could be sitting on 9 votes already and with the shortened season, he should avoid a first-year fade-out. If anyone’s going to do it, in any year, it’s going to be this kid in 2020.
Embed from Getty Imageswindow.gie=window.gie||function(c){(gie.q=gie.q||[]).push(c)};gie(function(){gie.widgets.load({id:’iIIAAb4-SPRS8EvkD1q1lA’,sig:’B0OX73mnjmi_jFltQPclx3LHsB_wEMtPnFK3JZDJOik=’,w:’594px’,h:’396px’,items:’1252872659′,caption: true ,tld:’com.au’,is360: false })});

How that kick from Jacob Townsend made it through a pack of 10-something hands, we’ll never know. But cometh the moment, cometh Liam Jones’ head as the last line of defence. The rest is history.

Toby Greene was back to his best on the weekend, tabling 3 goals from 19 disposals. But it was pick No. 10 Tom Green who really caught our eye. The young gun took the game by the scruff of the neck in the last quarter, finishing with a team-high 12 contested possessions and also a team-high seven clearances.

As the late replacement for Jeremy McGovern, Will Schofield seemed just what the Eagles needed – a cool veteran’s head to hold down their defence. Well, he did use his head, and to good effect, landing a one-match suspension for headbutting Zak Butters. He also stood by as Charlie Dixon booted 6 goals and the Power ran out comprehensive winners.

At 0-4, captain Nat Fyfe going down with a hamstring injury was the last thing the Dockers needed. While he may only miss one or two weeks, Fremantle’s season could very well be over when he returns. Zac Williams and Phil Davis also both pulled the string in a bad weekend for injuries – Collingwood lost key backman Jeremy Howe too.

Pies star Steele Sidebottom had an absolute shocker against the Giants, taken out of the game by tagger Matt de Boer. He had just 12 disposals, his lowest count since 2013. We’re sure it’s just a blip, but Collingwood will need much more out of him against Essendon on Friday night.

If both Geelong and Melbourne, and North and Hawthorn had joined forces on the weekend, they would have just about made 100 points each. Tight, scrappy arm-wrestles can be entertaining, but not these ones. Both had exciting finishes, so for those who made it through the first three quarters awake, congratulations – you well and truly deserved it.

Victoria is public enemy number one for the rest of the AFL, after the recent spike in the state has cast the season once again into chaos. Queensland have now enacted stringent quarantine laws against all Victorian clubs, meaning the AFL will have to get creative if they want to fulfil their promise of 17 rounds of football. 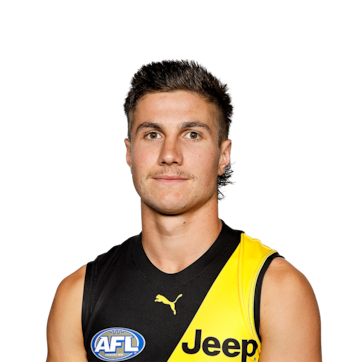