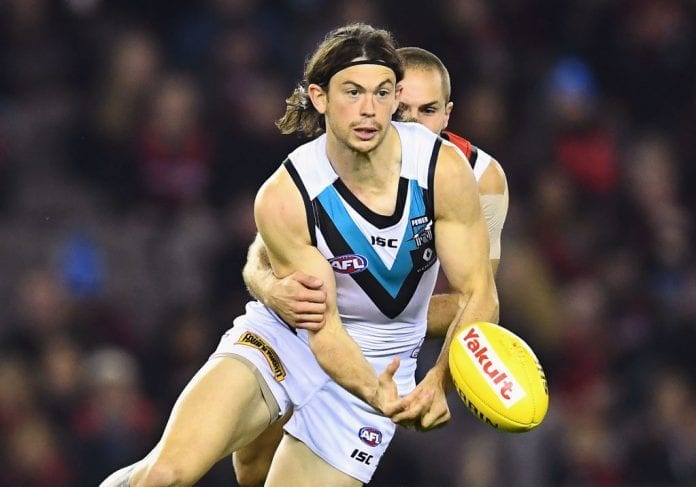 Port Adelaide coach Ken Hinkley says he is confident defender Jasper Pittard will remain at the Power beyond this season.

Pittard, who has been dropped for this weekend's clash with Brisbane, is set to become a free agent at season's end when his current contract expires.

The 26-year-old Victorian has attracted interested from his home state, most notably from North Melbourne, who have reportedly offered him a five-year deal, worth $3 million.

But Hinkley said despite his omission from the side this week and his indifferent form to start the year, the 106-gamer wants to remain at Alberton.

“I know one thing, Jasper wants to play for Port Adelaide,” Hinkley said on Friday.

“No-one takes it great - you lose your spot in the side and you’re a proud person.

“Jasper is that. Like any player, he’s disappointed but he’ll respond and he will get back.

“It’s just one of those times and a need for Jasper probably just to relieve some pressure.

“He has been trying absolutely everything he can to get the form that he wants and it’s just not quite working for him.

“So I think this weekend will be a relief for him. And then get back into form, we know he’ll respond pretty quick.”

After missing the opening three rounds due to a hamstring strain, Pittard has played the past eight matches, averaging 21.4 disposals, 5.4 marks and 2.3 tackles per game.