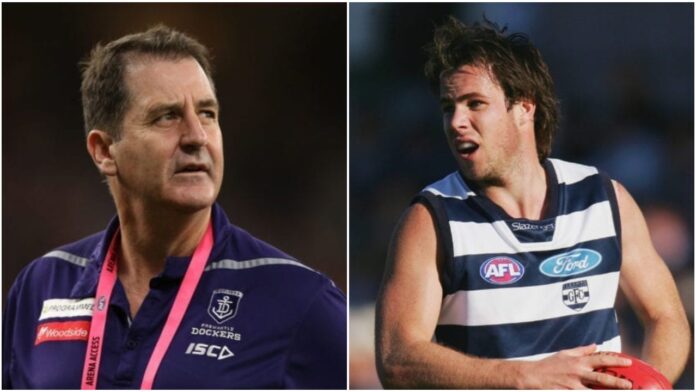 Lyon has been speculated to be in line for a return to the AFL landscape in a coaching capacity after opting out of a candidacy for both the recently vacant Collingwood and Carlton senior coaching positions.

A report by The Herald Sun this week suggested Geelong have "sounded out" Lyon's services for 2022, with Lloyd and Chris Scott piecing together a new-look coaching hierarchy for next season.

Speaking to K Rock, Lloyd played down reports linking Lyon as a key target for the Cats, but did state the club were hopeful of further coaching acquisitions.

“The club will continue to be linked to a number of high-quality people until we make appointments,” he said.

“We hope to have some announcements in coming weeks.”

One appointment that could also make a venture to Kardinia Park is All-Australian defender Matthew Egan, who has also been linked with a return to Geelong.

According to The Age's Peter Ryan, Egan could be the next addition to Scott's coaching ranks for the 2022 season.

The 38-year-old has held coaching stints with Essendon and Melbourne since retiring from his cut-short 59-game career in 2010.

The Cats will be looking to bounce back from their poor finish to the 2021 season, with their preliminary final loss to eventual premiers Melbourne seeing Scott now go 10 years since winning a flag in his maiden campaign with Geelong.

The club are understood to have extended Scott's contract for a further two seasons, taking his tenure with the Cats until the end of the 2024 season.