There were rumours floating around at the end of last year that Clayton Oliver was exploring his options with rival clubs.

Set to come out of contract at the end of 2021, there was talk that the star midfielder was unhappy with the Demons and considering a change of scenery.

And while earlier this week Oliver signed a two-year extension with Melbourne, it has been revealed that he was in fact wanting out of the club just a few months ago.

McClure highlighted how Oliver told The Herald Sun’s Jay Clark after re-signing “I was always staying at Melbourne” in his column – something he doesn’t believe to be true. 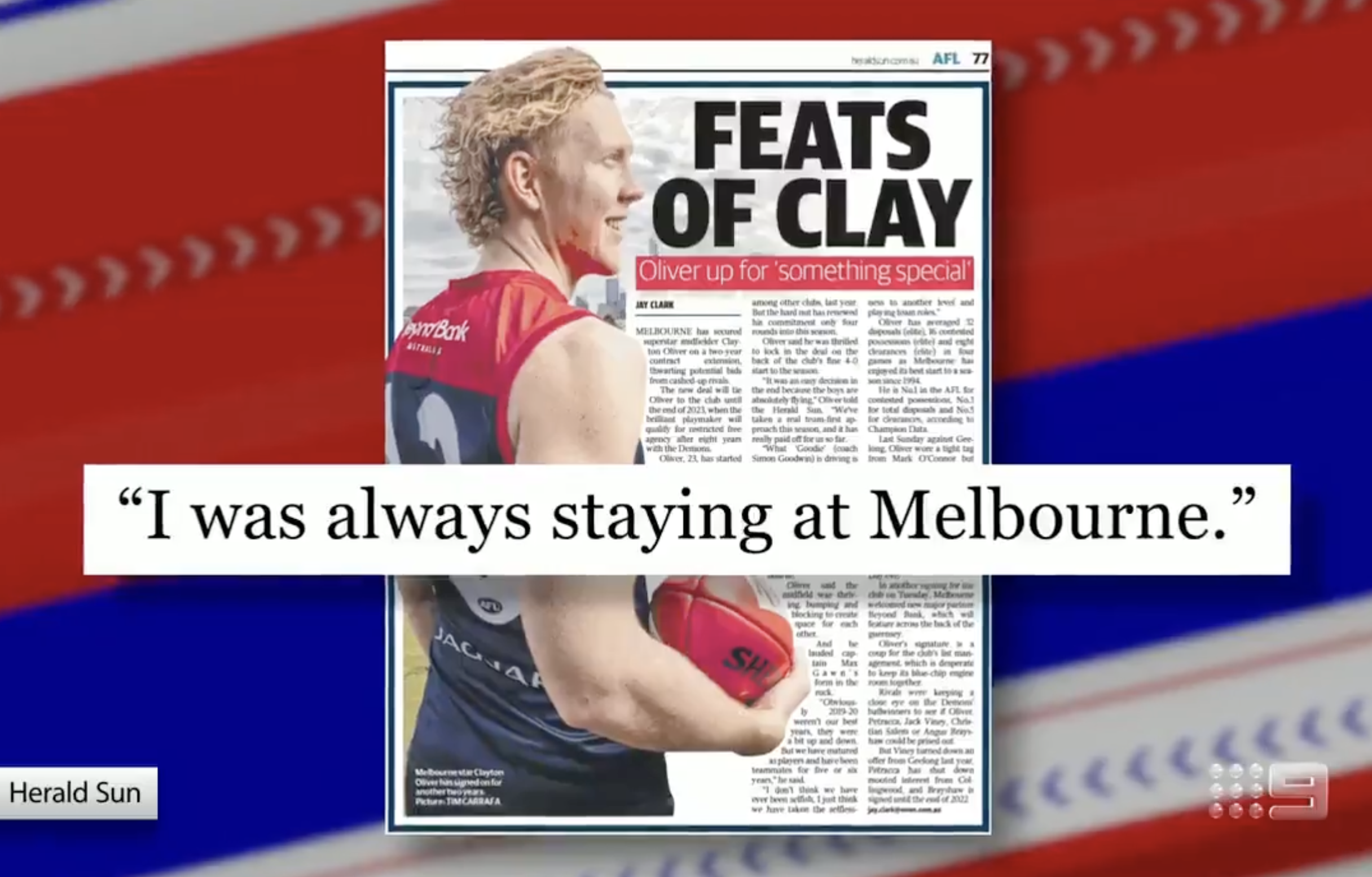 Speaking on Footy Classified, McClure described the quotes as “cheeky” before revealing his secret meeting with Teague.

“I think at the very least, that was very cheeky,” McClure said on Footy Classified.

“Now there were lots of rumours about Clayton Oliver and Carlton in last year’s trade period. Forget the rumours, Clayton Oliver met with David Teague at the end of last season. They had a meeting, he was keen to leave Melbourne.

“Now lots of players try to leave footy clubs and it doesn’t get found out. Sometimes it does, they go back, it’s fine. No problems with that.

“But I think to say I was never leaving…”

"I think at the very least, that was very cheeky."@sam_mcclure believes Clayton Oliver met with rival clubs during the off-season, which contradicts some of the comments he made after he re-signed earlier this week.#9FootyClassified | Watch @Channel9 pic.twitter.com/A2l9CD30ii

The new deal ties the former Pick 4 to Melbourne until the end of 2023.