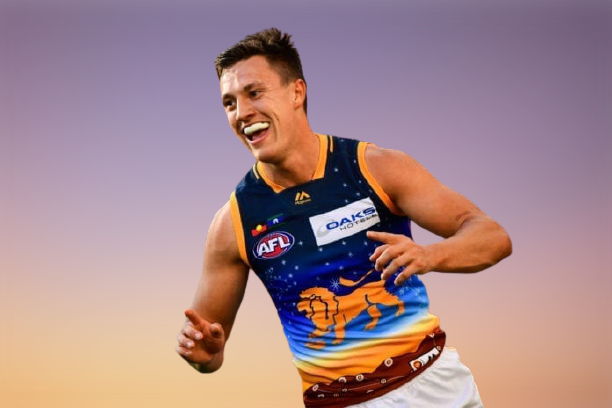 Hugh McCluggage is quietly having himself a career year.

Shifting between the wing and inside midfield, McCluggage provides a point of difference as a classy ball user for a Lions midfield that is quite contested heavy in the way they play.

McCluggage is a great user of the football – arguably the best in the AFL. He nails his kicks with pinpoint precision on both sides of his body.

As he has felt more comfortable at the AFL level, he’s been more willing to take on riskier kicks like this with more reward for the Lions.

To be one of the best players in the AFL, you must have at least one (but most have two) elite/unique qualities that allow a player to:

McCluggage’s qualities are starting to shine with great consistency this year. Along with his great ball use – McCluggage has a huge tank. Per Champion Data, he is ranked one of the best players in the AFL for kilometres run per game – running 16.5 against Carlton. McCluggage’s fitness makes him such a dangerous player because as the game goes on he gets better. His tank compliments his kicking skills to substantially hurt opposition teams.

Case in point last week against Collingwood earlier this year. In a comeback victory, in the last quarter he had 11 last quarter possessions and 232 metres gained. McCluggage isn’t overly quick yet he isn’t slow either. Look at his extraction from the clearance and his ability to link up again before finishing with an amazing goal.

Not many players in the entire AFL could pull this off and yep… this was in the last quarter on the weekend.

The key for McCluggage will be consistency week to week. Technically, his elite ball use and tank should hold up in every game he plays yet McCluggage still comes in and out of games. Sometimes that’s a result of playing as an outside midfielder – in games the ball simply doesn’t come your way especially given Brisbane rank 18th in disposals per game. They are probably the most direct and forward facing team in the AFL going I50. Yet, he is starting to play more inside midfield this year. He needs to find ways to increase his contested disposal numbers so he isn’t reliant on his other midfielders in feeding him the football.

Regardless, Brisbane has their season back on track with an incredible showing against premiership contenders Port Adelaide and McCluggage was a key reason for that. His ball use and link up run will play a significant role in determining how far Brisbane will go this year.

McCluggage and his Brisbane Lions take on the Fremantle Dockers on Sunday afternoon at Optus Stadium.