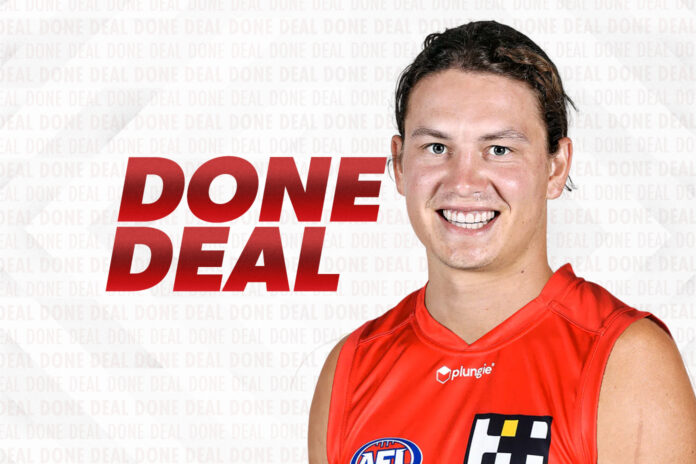 Brisbane's Tom Berry has been traded to the Gold Coast Suns as part of a deal involving several picks between the two clubs.

The Suns are set to receive Berry, Brisbane's recently acquired 2023 second round pick from the Giants, and pick no. 46. In exchange, the Lions will receive picks 25, 36 and 56.

Berry has played 20 matches across his four seasons as a Lion, requesting a trade to the Gold Coast last week in order to further his opportunities.

The 22-year-old was offered a new contract by Brisbane for the 2023 season, but opted to head elsewhere.

With current Suns forward Izak Rankine looking likely to play elsewhere next season, Berry looms as a potential replacement for Stuart Dew inside 50 in 2023.