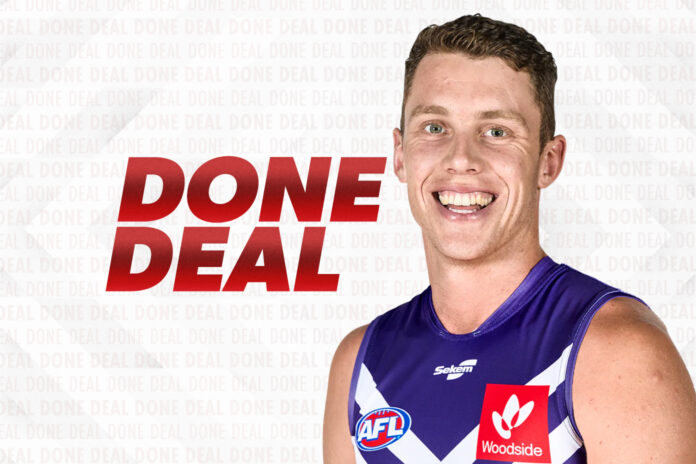 Forward Josh Corbett is officially a Docker after Fremantle and Gold Coast reached an agreement on Thursday.

The deal sees the Suns receive a future fourth-round pick in exchange for the 26-year-old.

After showing promising signs in season 2021 featuring in 16 games and kicking 23 goals, the 190cm forward couldn't break into a strong Suns' forward line in 2022 with Mabior Chol and Levi Casboult having excellent seasons.

Corbett would be a predominant key alongside Chris Burgess in the Suns' VFL side, kicking 25 goals in 12 games with the team reaching a preliminary final.

Fremantle were hopeful winger Jeremy Sharp would be available, however negotiations between the parties for a suitable deal has seemingly hit a roadblock.

By acquiring Corbett, it helps Fremantle's tall forward stocks by relieving pressure off Rory Lobb and the injury-prone Matt Taberner, with youngsters Jye Amiss and Josh Treacy still early into their football careers.

Corbett played 36 games across four seasons in the Sunshine State, making his debut in Round 6, 2019 against cross-town rivals the Brisbane Lions.