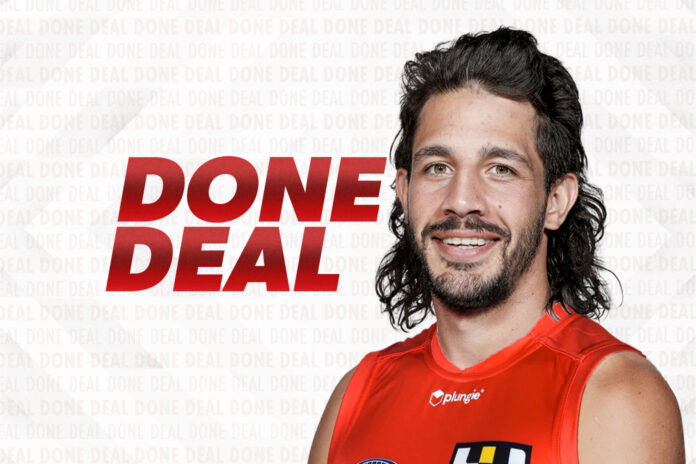 Ben Long is officially a Sun after Gold Coast and St Kilda reached a deal for the 25-year-old.

Long will depart Moorabbin for the sunny shores of the Gold Coast in exchange for pick no. 32. The Saints, in addition to Long, will also send a future fourth round pick up north.

Long played 79 games with the Saints across his six-year career, managing 19 games in 2022 before requesting a trade to the Suns.

The Saints are understood to have been seeking a higher pick in exchange for Long, eyeing off Brisbane's pick 25 in this year's draft, but will instead receive no.32.

Long was originally drafted with pick no.25 in the 2016 AFL National Draft.

Gold Coast are also set to gain Tom Berry from Brisbane in this year's trade period, with that deal completed on Wednesday.

St Kilda welcomed Zaine Cordy to the club on Wednesday, departing the Bulldogs as a free agent.