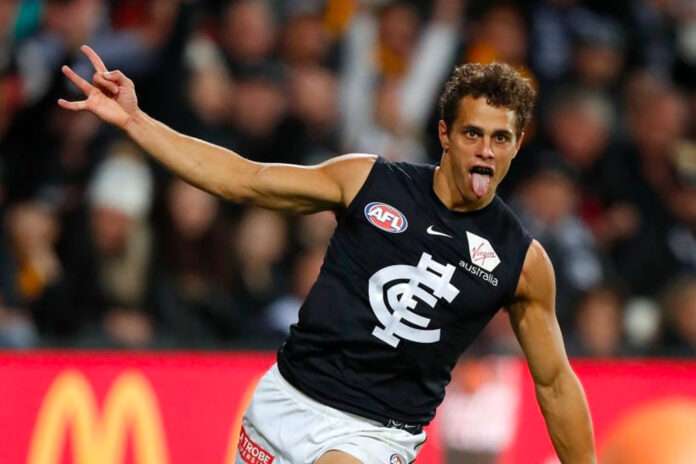 Carlton veteran Ed Curnow has signed a one-year extension with the Blues.

The 31-year-old has been terrific for the Blues in recent times both as a tagging midfielder as well as a ball winner. He has even managed to hit the scoreboard a bit including a four-goal bag in Round 23.

Curnow debuted in 2011 having come off the rookie list having played at Box Hill in the VFL and prior to that having been on the list at the Adelaide Crows.

Curnow said he was honoured to remain at Princes Park and excited for what lay ahead.

“I’m really grateful for the opportunity to play at Carlton for another season,” Curnow said.

“It’s been a difficult year for the Club and I’m looking forward to the 2022 season.”

Head of List Management Nick Austin said the leadership Curnow displays is a big reason why the midfielder was able to secure another deal.

“It goes without saying that Ed is an asset to our football club,” Austin said.

“Having been at IKON Park for more than a decade now and part of the leadership group for the past six seasons, Ed is a revered member of the team who sets the standards by finishing every training session and every match having given his absolute all.

“Ed strikes the perfect balance between hard work and making sure he and his teammates are enjoying themselves on and off the field.

“He will enter the 2022 season as our most senior player and will no doubt continue to impart his experience and wisdom onto our playing group.”