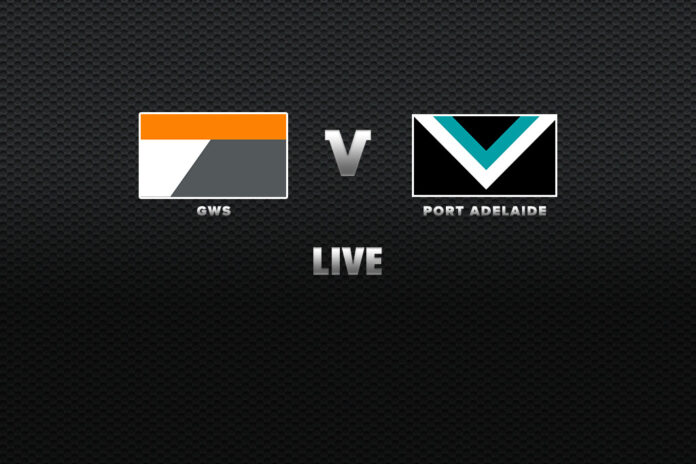 GWS midfielder Jacob Hopper was stretchered off the ground late in the last quarter after a sickening head injury.

Jacob Hopper has left the field on a stretcher after this.#AFLGiantsPower pic.twitter.com/HsPevzKG7e

The incident occurred when Hopper attempted to smother a kick from Power midfielder Karl Amon.

As Hopper attempted the smother his head made contact with the lower leg of Amon who was on the follow-through from his kick.