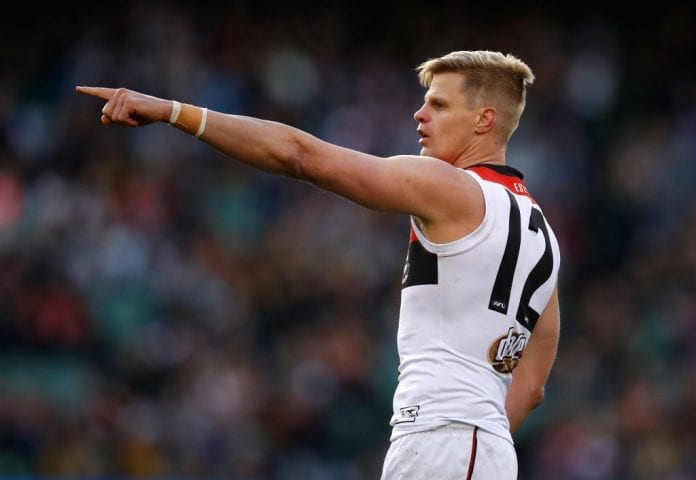 2017 started with plenty of promise for the Saints as they were a club billed for September, however as the season went on for Alan Richardson’s side, it became clear that they weren’t quite ready for the perils of finals football.

Inconsistency plagued their season as strong wins were mixed together with embarrassing losses in a season that can only go down in the ‘what if?’ category for the Saints hierarchy.

Nick Riewoldt and Leigh Montagna drew the curtain on their respective careers in a changing of the guard for the Saints over the upcoming offseason and while an 11th placed finish wasn’t what Saints fans would’ve hoped for back in march, two top-ten picks will boost a youthful list for 2018.

After three wins on the trot, the Saints had climbed into the eight and had a hot Tigers side in their sights.

An opening half blitz on both sides of the ball put the game to bed before half time as the Saints dominated to lead by 82 points at half time. The second half would prove to be a much more even contest however the damage was done with Tim Membrey leading the Saints with a bag of five goals.

Six multiple goal-kickers outlined St Kilda’s dominance as they registered their fourth win in succession as they looked to cement themselves a spot in the top eight. 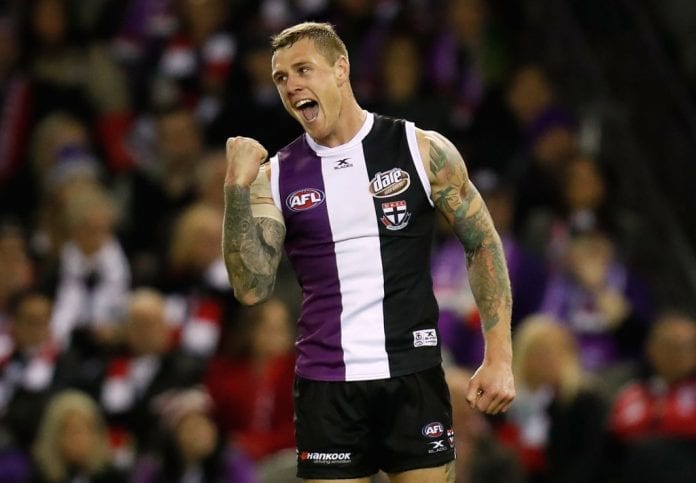 Just one week after their faultless performance against Richmond, the Saints fell, and fell badly against fellow top eight hopeful, Essendon.

While their inaccurate goal-kicking didn’t help, the Saints were lacklustre at best against the Bombers, succumbing to their pressure at every turn with prolific ball-winner Ross held to just 20 possessions, his second-lowest total of the season.

Roberton has showed his potential as an elite backman for a number of seasons however in 2017 he delivered on that to have a career-best year.

The former Docker averaged 23 disposals while playing all 22 games this season, taking six marks and averaging just under six rebounds a game. He also picked up 6.7 intercept possessions a game, forming a formidable pairing with Jake Carlisle in defence.

He was rewarded for his season after being selected in the initial 40-man All-Australian squad and will feature heavily in their best and fairest count.

The 24-year-old broke out in 2016 and continued his excellent form this season, playing all 22 games for the second year in a row.

Ross averaged 30 disposals per game this season along with four marks, four tackles and four inside 50s. Impressively, Ross ranked 9th in total effective disposals which speaks volumes of how good his season really was.

He also ranked 9th in the league for total disposals with 657, the second-most of anyone that finished outside the top eight. Should he be able to continue his strong season into 2018, it’ll hold the Saints in good stead going forward.

With the old heads cleaning out their lockers and two picks in the top 10, it makes for an interesting off-season for the Saints. On top of the early picks, they have a significant amount of cap space and are still well and truly in the running for GWS midfielder Josh Kelly.

They still have a number of holes to fill in a few key areas around the ground, meaning their list managers will have their work cut out for them. As it stands, they don’t have another pick in the draft until the third round and with this year’s crop considered a relatively weak class in terms of depth, expect to see the Saints being highly pro-active in the free agency pool and/or trade period.

Consistency is what the Saints will be striving for in 2018 and that comes from the start of pre-season.

They’ll be an even younger side next season and while their players will use their poor ending to 2017 to drive them into 2018, it could be another season without finals football for the Saints should they fail to develop their list.

They’ll face a tougher fixture than the one they had this season, just another factor for them to overcome in 2018.

Crow set to land at the Suns