Friday May 8 – we would’ve been preparing for Round 8 of the AFL season, starting with a blockbuster Friday night clash between Brisbane and Richmond at the Gabba.

Bu this stage, we would’ve begun to see the league ladder starting to take shape as we enter the next trimester on the football calendar.

While there is no action, we can all still imagine what may have taken place if we hadn’t been forced away from the norm.

The Tigers and Giants would be recovering from their Grand Final rematch before they look to face the Lions and Magpies respectively this coming weekend.

The Eagles, perhaps coming off another dramatic win over rivals Fremantle, with Tim Kelly winning BOG honours in his Derby debut.

The young Bulldogs trio of Jack Macrae, Marcus Bontempelli and Josh Dunkley each have an early shout for a Brownlow lead while Jeremy Cameron, Tom Lynch and Charlie Cameron battle for the top spot on the Coleman Medal tally.

Which coaches couldn’t survive until their eighth game of the year and which newcomers have flourished in their latest role?

Who looks to be the best and worst recruits from the offseason?

Will the Tigers find a strong start in their premiership defence?

In no particular order, here is 10 things that definitely would’ve happened by now had the AFL not been shutdown.

While it sounds alarming to many of the yellow and black faithful, there’s no need to panic, yet.

The Tigers sat at 4-3 after seven rounds in 2019 and could have likely faced a similar fate this season.

Richmond had a relatively rough opening month and a half, facing Collingwood (away, kind of) St Kilda (away), Adelaide (home), West Coast (away), Melbourne (away) and Greater Western Sydney (home) to this reach the end of round seven.

You would’ve expected the Tigers to win 3-4 of these contests, bringing their record to a potential 4-3 start following their four goal victory over Carlton in round one.

A dominant Collingwood side would have been coming off their impressive victory over the Dogs when they were to meet with the Tigers in round two. A flashy Eagles midfield and a Revengeful Giants side would soon follow, adding a great strain on Richmond’s start to their 2020 campaign.

Losses to Collingwood, GWS and West Coast will hand Richmond’s direct premiership rivals an early push for then minor premiership.

In a similar fashion to 2019, the number one selection from the reigning draft class will have one hand on the Rising Star Award.

Matt Rowell may have missed the opening chance for a nomination in round one after Sam Sturt’s three-goal performance for Fremantle won him the nomination, but Rowell’s pedigree and prowess will not go unrecognised.

Rowell collected 19 possessions, four tackles and three clearances on his debut with the Suns and ranks in the top 20 within the league for contested touches after collecting 11 against Port Adelaide.

The 18-year-old would have likely landed a nomination by round seven and perhaps holds a steady lead over his fellow draft class as the best first year player in 2020.

A ‘ready-made’ player, Rowell would be finding plenty of the ball within the Suns engine room and rivalling Carlton’s Sam Walsh as one of the future’s best.

While the clubs hopes to find the stature they held on the league a decade ago, they won’t find it in the early rounds of 2020.

The Saints fell to a roaring North Melbourne side, dropping a 29-point half-time lead in round one to fall two points short of an opening round victory.

The Saints would soon move onto premiership contenders West Coast, before reigning premiers Richmond followed by Melbourne, Geelong, Adelaide and Collingwood by the end of round seven.

It’s hard to see the latest era of the Saints flying the flag early, looking the less favoured side on five of their next six occasions and soon sitting at a 1-6 record to start 2020.

Gary Ablett Jr. has little left to prove as a player, but that hasn’t slowed him down since returning to Kardinia Park.

Ablett needed just the five games in 2020 to reach the 350-game mark, becoming just the 17th player to achieve the milestone.

The ‘Little Master’ currently sits at 346 games played after featuring in the opening round of the season against the Giants and would have reached game 350 against St Kilda in round five.

If Ablett was to play a full home & away season in 2020, he would reach 250 games for Geelong and end the year at 10th on the all-time leaderboard with 367 games to his name.

Many senior AFL coaches managed to make it to the end of the 2019 season with a number of bumps and bruises of their own as their futures hung in the balance.

Ken Hinkley will be hopeful Port Adelaide can find some promise in the early stages of the season, looking to add wins to their 1-0 start after a 47-point win over the Suns in round one.

Come round eight however, the Power have struggled to find any fair under Hinkley and with a devastating loss to Carlton at home last Saturday, the future is looking a whole-lot less certain for Hinkley.

Luke Beveridge will pray he can turn his side’s lacklustre round one performance around and regain the faith from the Bulldogs board.

Add in Geelong’s high hopes and hunger for success and Chris Scott could also face the axe if things don’t go well in the opening rounds of 2020.

6. Titch back to brilliant best

The 2018 Brownlow medalist returned to the field in round one and failed to look out of place after missing the entire 2019 season following a broken tibia and fibula during preseason training.

Mitchell collected 25 touches in his sides win over the Lions would have soon seen his numbers within the midfield at a record best once again.

The star Hawk broke the record for possessions in a single season during his campaign and will be sure to effortlessly fit into the Hawthorn midfield alongside Jaeger O’Meara and James Worpel.

Count 2020 as a Brownlow defence, jumping straight back into contention as one of the league’s best following a blistering start to the year.

7. Melbourne bounce back, too soon for the ‘F-word’?

Five wins and a 17th placed finish certainly wasn’t the expectation for the Demons in 2019, but they found themselves questioning their stamp on the competition.

The Demons fell to the Eagles at Optus Stadium in round one and would have moved onto Greater Western Sydney to conclude a tough opening two weeks. But who are we to rule out this Melbourne side so early?

The Demons reached a preliminary final in 2018 and with a number of players returning through injury and a handful of impressive recruits during off-season, there’s no ruling out Melbourne’s worth in 2020.

Ed Langdon will add much needed run for the Melbourne midfield, Adam Tomlinson’s arrival will be sure to give the defence some much needed aid.

Add a fit Jake Lever, Steve May and the flexible services of Tom McDonald and the Demons backline is as strong as any.

Following the Eagles and Giants clashes, Melbourne would have faced Fremantle, St Kilda, Gold Coast, Richmond and Essendon, meaning the ‘F-word’ is definitely in question.

With a comfortable season fixture, a few early wins against tough competition will definitely see the Demons shoot up the ladder.

The star recruit from Geelong has been a marvel in the league since being drafted in 2017 and made his anticipated move out West in last year’s trade period.

It was the biggest move of the off-season, with the star-studded West Coast midfield group adding another name to its arsenal.

Kelly collected 19 touches and a goal in his Eagles debut and found himself sharing the workload, only without the weight of uncertainty over his head.

Following their opening round win over the Dees, West Coast would’ve faced St Kilda (away), Geelong (home), Port Adelaide (away), Richmond (home), Hawthorn (away) and Fremantle, making it conceivable that Adam Simpson’s side was sitting 7-0.

And now they might be forced to base themselves outside of Perth for the early rounds of the revamped season. How quickly things can change.

The AFL has had four different Coleman Medal winners across the last four seasons, meaning 2020’s race for the prestigious honour could fall to anyone.

Jeremy Cameron is sure to remain on track after a strong start to the season with the Giants as he looks to defend his title while the likes of Ben Brown, Tom Hawkins, Tom Lynch, Jack Darling and Charlie Cameron all set their sights for their first winners medal.

Josh Kennedy will be back in the running for his third medal, while Jack Riewoldt and Buddy Franklin hope to remain in contention for another.

Round seven holds many individual battles as Riewoldt and Lynch host Jeremy Cameron, Hawkins and Charlie Cameron will face-off as will Franklin and Brown at the SCG.

We could see close to 10 figures in the running for the Coleman Medal two months into the competition as 2020 shapes to be one of the most entertaining yet.

The highly-touted contested bull in Patrick Cripps will be fit and firing once again in 2020 as the Blues look to improve on their season’s past.

Cripps has polled a staggering 46 votes from just eight wins in the his last two seasons, and with Carlton inevitable rise you can only imagine the numbers their star captain will poll in 2020.

Cripps started the season in fine form, racking up 31 touches against the Tigers, potentially opening his Brownlow campaign immediately.

The 25-year-old faces the medal-contending trio of Marcus Bontempelli, Jack Macrae and Josh Dunkley in round two – a key matchup for both sides.

After Essendon in round three, the Blues have a month of sides who finished outside of the top eight in 2019, meaning four points and three votes for the Blue and Cripps respectively.

Cripps polled 11 votes from his opening games against the first seven sides he faces in 2020, meaning a strong start may be in the books. 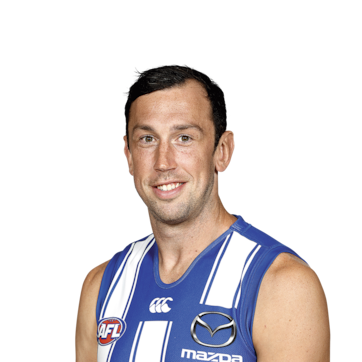