The top eight was not decided until the final siren of the final game, while throughout the year we saw are a number of breath-taking finishes.

The tightness of the competition during 2017 was one of it’s most attractive features, with teams jumping up and down the ladder after each round. There were a total of three draws this year and 26 other games decided by six points or less.

Let’s hope that the finals series lives up to what occurred during the regular season, because so far it has been epic.

2. Consistent goal-kicking is the next evolution of the modern day AFL midfielder

The top two midfielders in the competition are Patrick Dangerfield and Dustin Martin. One thing in particular that sets them apart from the rest of the pack is their ability to consistently kick goals.

This year Dangerfield has kicked 38 goals, while Martin has slotted 32. This is the next key thing for midfielders who want to be the best in the game. Marcus Bontempelli is on his way there, having kicked 20 himself in 2017.

It may not necessarily be kicking goals from the midfield, but the ability to be rested up forward and be a factor is crucial. The longer you can leave your best players on the ground the better.

3. The retiring class of 2017 will rarely be challenged

The list of names that are retiring in 2017 is ridiculous. Boyd, Hodge, Riewoldt, Murphy, Gibson, Kelly, Mitchell, Thompson, Johnson, Priddis, Watson, Mackie, Lonergan and Stanton make for quite a mass exodus of stars.

The 2007 retiring class might be one that comes close, with players such as Archer, Buckley, Darcy, Grant, Hird, Koutoufides, Ricciuto and Chris Scott among those who hung up the boots. However, the sheer number of those finishing this year, along with their resumes probably gives 2017 the edge.

There is no doubt we will miss them, but we also need to thank the great names who have entertained us over recent years and are now finishing their careers.

4. 2016 was a blessing in disguise for Essendon

2016 might have been a tough year for Essendon supporters, however, 2017 has proven that it was indeed a blessing in disguise.

They were able to draft Andrew McGrath and uncover and get games into the likes of Anthony McDonald-Tipungwuti and Orazio Fantasia. So even though they took home the wooden spoon, they were able to unearth there next batch of talent and launch themselves into 2017.

The Bombers will now play finals and look to be setup for years to come, and it’s mostly thanks to their circumstances in 2016.

5. Elliot Yeo should be a cornerstone of West Coast for the next decade

After a disappointing 2016, the pressure was on Elliot Yeo to perform. He came out guns blazing in the early rounds and managed to complete an excellent season.

Across 21 games the Eagle averaged a career high 23.7 disposals, seven marks, and four inside 50s per game. He was crucial across half back for Adam Simpson, and provided his side with excellent play wherever he was needed.

West Coast did make the finals, however, not in the fashion they were hoping. As more players retire or enter the twilight of their career, the 23-year old should be a cornerstone for the Eagles for many years to come.

6. No matter their level of performance, the Magpies are still the most talked about club in the AFL

It’s been a tumultuous year for Collingwood in a number of different ways. The Magpies’ on field play has not lived up to expectation, while off the field a variety of questions have been raised.

The season long Nathan Buckley debate was only put to bed this morning, questions were raised about their off season recruiting, football chief Graeme Allan missed the entire year through suspension and CEO Gary Pert made the decision to resign from his position.

All of these things illustrated that despite a lack of success, Collingwood is still the biggest and most talked about club in the land.

7. Jeremy Howe has more to his game than just taking screamers

For a long time, many saw Jeremy Howe purely as just a high flyer, however, this season he showed even the greatest of doubters that he is more than that.

He finished 2017 averaging 21.8 disposals, 8.6 marks, and 4.1 rebound 50s across 21 games. All of these are career best numbers for Howe. He was also rightfully named in the All-Australian squad of 40 earlier today.

The best year of his career and he can do all of this while still clunking high flying marks.

8. Ben Brown will be a key part of North Melbourne for years to come

It was not a great season for North Melbourne, however, it was the drop down the ladder that many expected. One shining light that fans will be holding onto was the form of Ben Brown.

The big forward finished third in Coleman Medal race, kicking a career high 63 goals. He was the clear focal point of the Roos’ forward setup and for the most part he delivered in spades.

Brown’s form over 2017 has cemented him in North Melbourne’s plans for years to come, no matter who else is brought into the side.

9. Geelong is not a two-man team

Last year and for much of this season, Geelong was labelled as a two-man team. Experts believed the Cats relied too heavily on Joel Selwood and Patrick Dangerfield in the midfield, and they lacked the depth to go with the best teams in the competition.

In 2017 in games where one of the two have been missing, they have a record of three wins, one loss and a draw. Their wins were against Richmond, Collingwood and GWS, while the draw was also against the Giants. Their only loss was when they played the rampaging Swans without Patrick Dangerfield.

10. The Sydney story is amazing, but could finish as one of the greatest of all time

At 0-6, and losing to Carlton, most pundits had written the Swans off. Now they enter the finals as the form team of the competition and the side that nobody wants to come up against.

It is truly a remarkable comeback and one that will remembered for years to come. However, it is not over just yet. The Swans have the chance to make it two sides in a row that have come from outside the top four to win the premiership.

Combine this with their 0-6 start to the year and the Swans of 2017 have been one of the most amazing, possibly ridiculous, stories in AFL history. 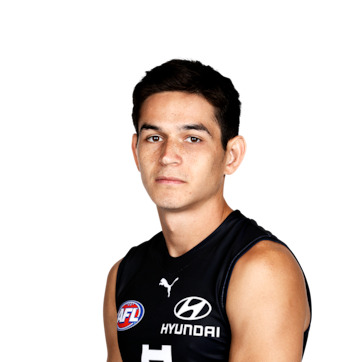