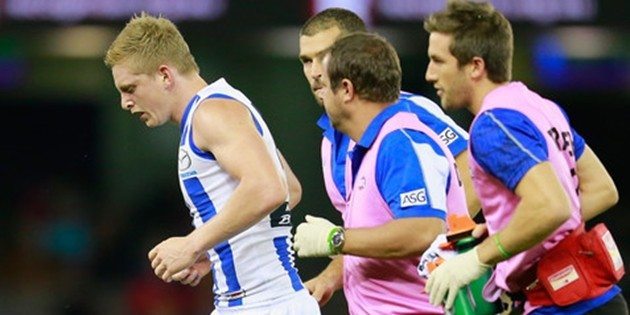 North Melbourne coach Brad Scott says that midfielder Jack Ziebell must undergo a fitness test before he is cleared to play on Sunday against Geelong at Simonds Stadium.

Ziebell sustained a bruised lung in the Kangaroos clash against Port Adelaide on Saturday night, forcing him to spend two nights in hospital.

The Arden Street hardman will most likely be named in North’s extended squad to face the Cats on Sunday, however Scott said that he is no certainty to take the field.

“He feels like he could play today, but we’ve got make sure his lung function’s right and there’s no risk,” Scott said.

“There’s some pretty specific physiological tests that he’s got to undertake.