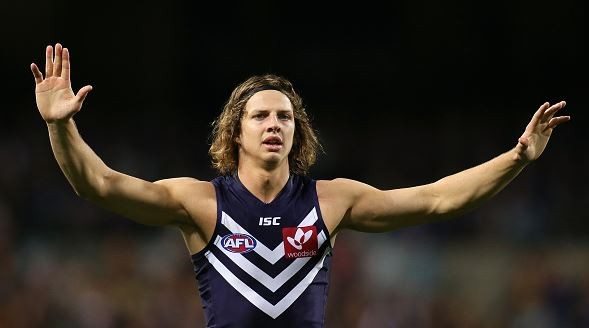 Check out our top five Brownlow Medal chances ahead of tonight’s all important count.

After analysing every game, here are Zero tipper’s predictions for the 2015 Brownlow Medal: 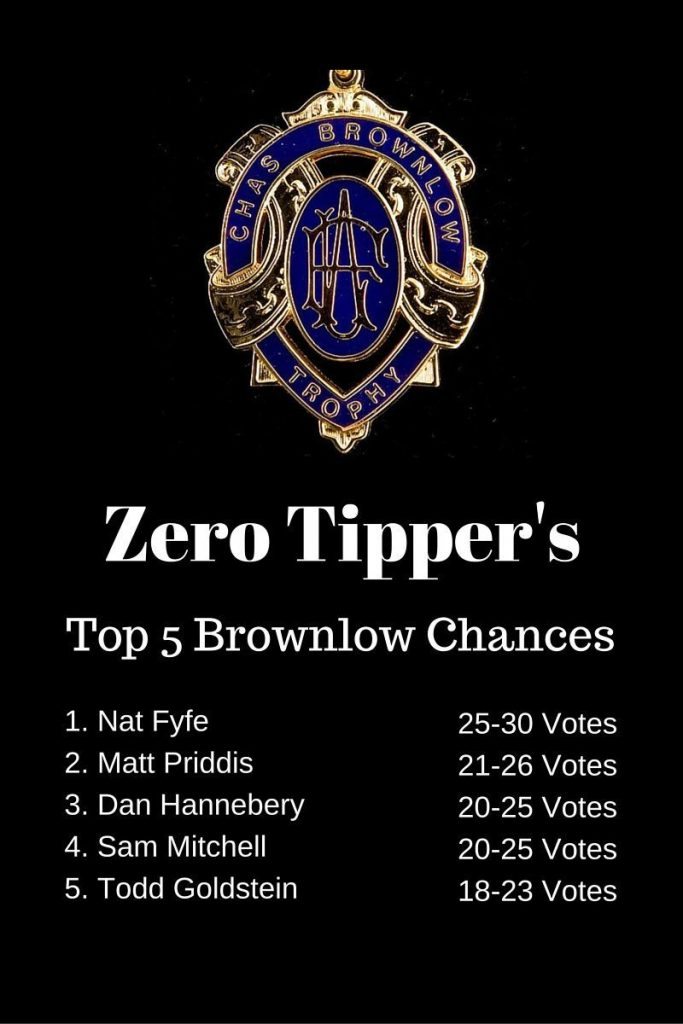 Brownlow favourite Nat Fyfe’s explosive start to the season should be enough to clinch this year’s medal, despite missing several games towards the end of the season through injury. He should poll three votes in four of the first five rounds and poll votes in eight of the first 10 rounds. He is also a chance for three votes in rounds 11 and 13, before struggling with injury in the second half of the year.

Reigning champion Matt Priddis had another stellar season, proving consistency, rather than flashiness wins games of football. Unlike Fyfe, he played every game during the home and away season and was a consistent performer throughout, as has become his trademark. Should poll three votes in rounds five, six and seven and again in rounds 17 and 18. However, given the success of the Eagles this season, fellow midfielder such as Andrew Gaff and Luke Shuey are sure to take votes of the 2014 Brownlow Medalist.

Sydney’s Dan Hannebery had arguably his best season this year and also had a good start to the year. He is a chance for three votes in rounds three, four and five and again in rounds eight and ten. May struggle to poll many votes through the middle of the season, before having stand out games again in rounds 18 and 22.

Like a fine wine, somehow Sam Mitchell just seems keep getting better with age. The 32-year-old had another great season, topping the Hawks’ disposals for season 2015. Should poll fairly consistently during the middle stages of the season, with three votes possible in rounds nine, 10, 15, 18 and 23.

It would be fantastic if North Melbourne ruckman Todd Goldstein could win the Brownlow, after an extraordinarily dominant season. Unfortunately, it is highly unlikely, with the award traditionally won by a midfielder. None the less, his dominance surely cannot go unnoticed by the umpires. He could be in line for three votes in rounds four, 11, 14 and 15. Also did enough to possibly earn a few ones and twos to help propel him up the leader board into fifth place.