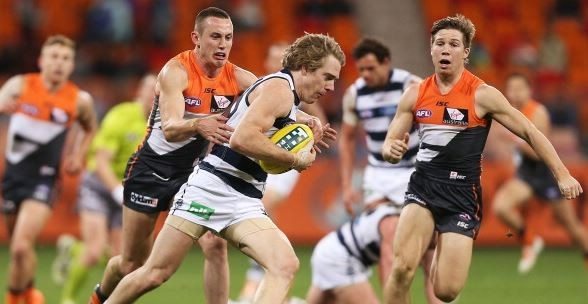 Geelong midfielder Cameron Guthrie has signed a new three year deal with the Cats, keeping him at the club until at least at the end of 2018.

Guthrie has cemented himself as one the brightest young talents in the AFL over the past few seasons, playing 81 games since being taken with the No. 23 pick in the 2010 National Draft.

The 22-year-old said he had no hesitation in re-signing with the Cats.

“It’s an exciting place to be around,” he told the Cats’ website.

“The club has been a big part of my adult life. I played a bit as a defender in my first few years, and I’ve transitioned into the midfield more recently, and the team’s been playing some good footy.”

Guthrie joins Tom Hawkins, Darcy Lang and Jackson Thurlow in all re-committing to the club over the past month.