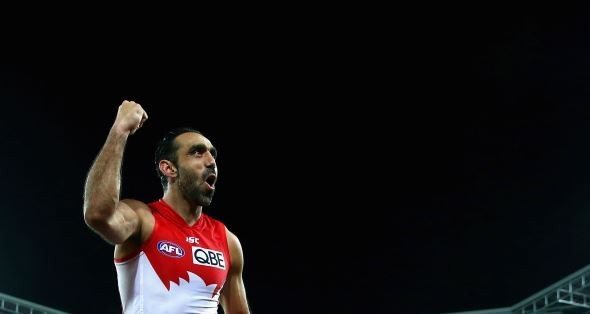 Collingwood coach Nathan Buckley has blamed the media for encouraging the booing of Adam Goodes.

Buckley was asked on Fox Footy’s AFL 360 last night how he felt when hearing boos towards Adam Goodes.

He responded by saying the media has encouraged the booing.

“I’m not listening for it (the booing) mate, I’m just watching the bloke play,” said Buckley.

“Why give it any air? We’ve given it too much air. It’s the first thing you read about in the paper or hear about on the radio because you guys (the media) are listening for it intently.

“You’re listening for it intently because it’s a story that continues.

“It happens but you don’t have to focus on it heavily.

“It (the booing) can’t be the story. His story is so much bigger and longer and deeper and wider than that is.”