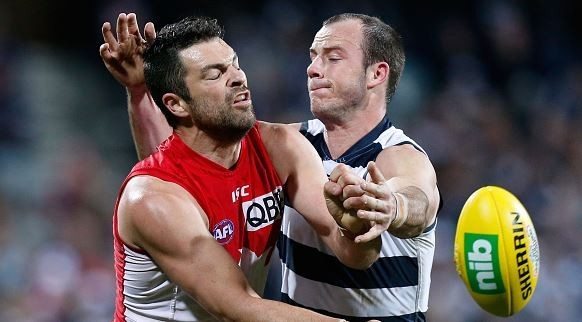 Check out these hilarious commentary gems from this weekend’s round of footy.

Maths is clearly not former Melbourne forward David Schwarz’s forte, after this beauty when describing an attacking move by the Swans on Saturday night.

“Sydney goes forward, it’s one on nine … Goodes! He was the nine,” Schwarz said.

We think we know what SEN’s Kevin Bartlett was trying to say, but it didn’t quite come out right, when he was talking about West Coast’s draw with the Suns last week, a match in which they were expected to win.

“They didn’t lose to Gold Coast, they drew with Gold Coast, but it was a disappointing loss,” Bartlett said.