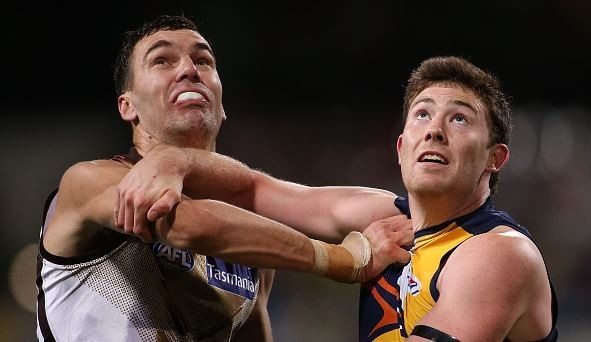 West Coast has been handed several blows heading in to its huge clash with Fremantle in the Western Derby this weekend.

Forward Mark LeCras has accepted his one game ban for rough conduct on Hawthorn’s James Frawley. The incident was graded as careless conduct with medium impact to the head, resulting in a two match suspension down to one match with an early guilty plea.

To make matters worse for the Eagles, who must win to keep hold onto second spot, they will also be without defender Jeremy McGovern, who has been in stellar form this season. McGovern re-injured his hamstring on the weekend and is expected to miss two to three weeks.

Coach Adam Simpson said that he is still unsure if star ruckman Nic Naitanui would return to the side after taking last week’s game off after the death of his mother.

“He’s in Fiji at the moment and needs to arrange the funeral,” Simpson said.

“We need to get the balance right between respecting his family and what he’s got to go through, and how quickly we can get him back.

“We’ll leave it up to him and his family to go through the right procedures, and then we’ll act off that.”