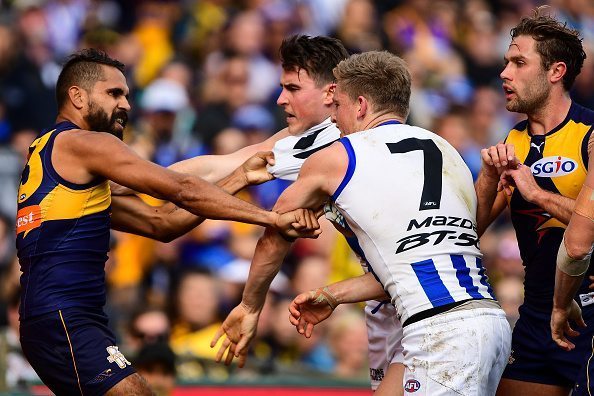 West Coast recruit Lewis has been dropped for this week’s clash with Carlton at the MCG on Sunday afternoon.

Jetts has struggled to find his best form this season, managing 10 of 15 games since moving from Sydney last season.

The 27-year-old premiership player has now been dropped three times this season, axed after Round 7, before returning to the side in Round 10 for one game, before being recalled to the side again in Round 13 for three games.

Coach Adam Simpson confirmed Jetta is out of the side this week and will be named as an emergency, after just nine disposals against North Melbourne.

“Jetta is our emergency. He’ll travel over to Melbourne,” Simpson said.

Jetta joined the Eagles in a straight swap for ruckman Callum Sinclair, who joined the Swans.

Simpson said Jack Redden will come into the side for Jetta after impressing in the WAFL with 35 disposals in East Perth’s 40-point win over Swan Districts.