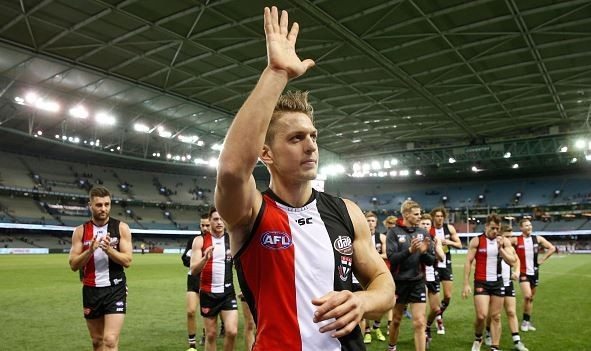 St Kilda veteran Sean Dempster has signed a one year contract extension with the Saints.

Dempster will play his 14th season in the AFL next year, after 200 games with Sydney and St. Kilda.

The 31-year-old won the 2005 Premiership with Sydney, before being traded to the Sainst in 2007 after 54 games with the Swans.

He has since played 146 games with St.Kilda, finishing in the top three of Saints’ Best and Fairest in three of the past four seasons.