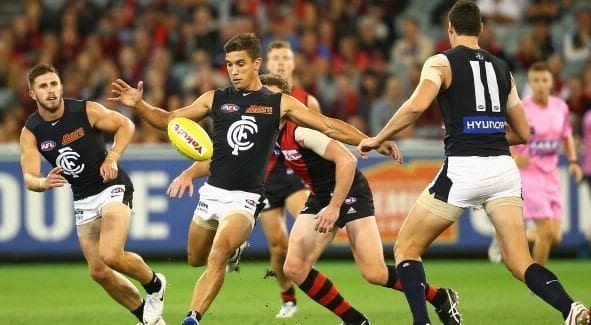 Former Carlton vice-captain Andrew Carazzo will play his final game this weekend, after announcing his retirement from AFL football.

Carazzo told his teammates of his decision this morning.

He has played 194 games for Carlton, after spending two years on Geelong's list, before the Blues gave him a second chance and recruited him through the 2003 rookie draft.

"Andrew is one of those players you know would bleed blue. He put his heart and soul into everything he did at this football club and we have been privileged to have him as part of our team," Carlton football boss Andrew McKay said.

"He has always shown tremendous leadership both on and off the field, especially as a mentor to our younger players.

"On behalf of everyone at Carlton I would like to thank Andrew for his contribution and wish him and his family every success in the future."