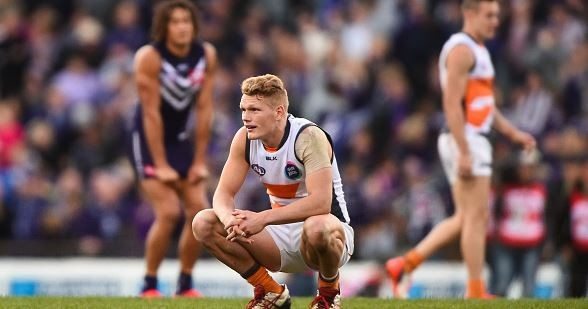 GWS will be without two important midfielders as the Giants face a must win clash against Port Adelaide on Saturday.

Fellow midfielder Adam Treloar is expected to miss just one week as he recovers from a sore groin.

Stephen Coniglio is also in some doubt after he was concussed on the weekend.

Coach Leon Cameron said he is confident the Giants have good replacements waiting in the wings.

“It is a big challenge but we feel as though that when players have actually stepped in taken their opportunity through injury or good form, they’ve stepped up to the mark,” Cameron said on Tuesday.

“There’s some hungry players as we know at NEAFL level, so there’s players there who want to play AFL footy and they want to play it quickly.”