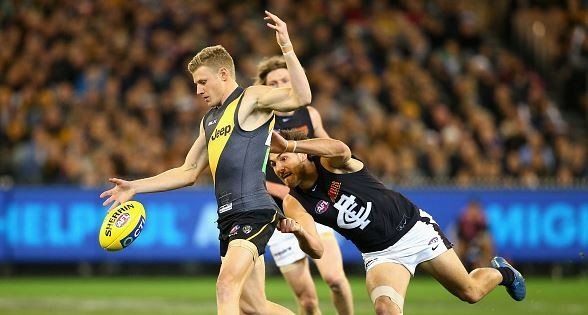 Richmond has re-signed former Cat Taylor Hunt for a further two-years, keeping him at the club until at least the end of 2017.

Hunt made the move to Richmond as a free agent at the end of last season after being de-listed by Geelong.

He has played every game so far this season, averaging 17 disposals per game playing out of the backline, after initially being used as a midfielder early in the season.

The 24-year-old played 63 games with Geelong before joining the Tigers.