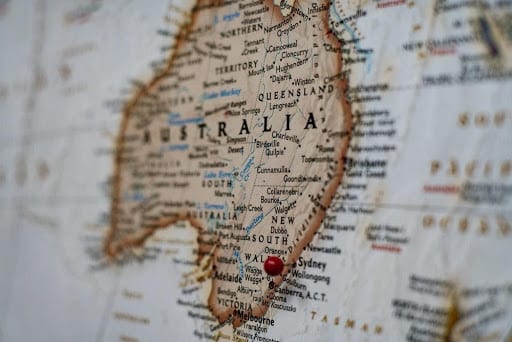 Australian football is one of the most popular sports in the country. Its history is rich and full of intrigue. Fans and gamblers have Tom Wills to thank for the game. Formerly a champion cricketer, Tom created Australian football in the winter of 1858.

The motive that spurred Tom to invent Australian football was the need for a game that would keep cricket players fit during the colder months of the year.

Tom was regarded as an all-round sports person excelling at both cricket and football and credited as the inventor of Australian football.

Tom went to the UK to rugby school, explaining partially why the Australian football game merges rules from different football games. Moreover, Tom spent his younger years in Western Victoria, where he is thought to have been influenced by Marn grook (an Australian, aboriginal game).

Despite Tom’s triumph as one of the figures who propelled Australian football into action. Tom was a heavy drinker, and he needed to be supervised due to problematic behaviour. At just 44 years old, Tom died tragically and stabbed himself to death with scissors.

The game’s rules were based on different football forms such as soccer, rugby, and Gaelic football. In 1859 Thompson, Wills, Smith, and Hammersley gathered at a hotel in East Melbourne to discuss and write down the game’s rules.

Here’s a brief overview of the original rules:

1) The captains will decide the distance between the goalposts and goals.

2) The captains are responsible for tossing for the choice of goal. Whichever side loses the toss will kick off from the point between the goals.

3) To score a goal, the ball cannot touch the posts or any players in the game.

4) Space for the game will be no bigger than 200 yards. The kick-off posts will place a distance of 30 yards on either side of the goals posts at both ends.

5) If a ball is kicked behind the goal. The teams’ goal it’s kicked behind can bring the ball 20 yards in from any part of the space between the posts. And must kick it in line with the opposite goal.

6) All players that catch the ball from the foot can call ‘mark’. That player then gets a free-kick and none of the opposition can come inside the marked spot.

7) Players may trip and push other players (but no hacking) when they have the ball and are in motion, except if the ball’s position is relative to point 6.

8) If caught from the foot or hop, the player may take the ball in hand. The ball cannot be lifted from the ground.

9) A ball out of bounds will be brought to the point it went over the boundary. The ball will be thrown back in at right angles.

10) While in play, no player can throw the ball.

The First Game of Australian Football

In 1859, Melbourne Grammar school launched a match against the Scotch college on August 7th. This was the first-ever game of Australian football.

The Australian football gained a large following as crowds swamped the match’ side-lines, and the news featured upcoming football events and results.

Due to the popularity of the sport, in 1877, the VFA was founded. The associations first clubs were:

A team from England that learned how to play Australian football in their home country went on tour to play the Australians. The English team won 14 of the 25 games. There was supposed to be a return tour planned by the Aus players. However, it never amounted to anything.

As a result, the potential for Australian football to strike the world as an international game faded. Yet its popularity continues to flourish in its country of origin.

The VFL formed in 1897. The original teams in the league were:

The 1980’s saw the legislation passed that legalised sports betting in Australia, a long awaited change, that allowed VFL fans to bet in safety. Before this, most sports betting was illegal and this naturally brought risks to any punters involved.

In 1990, the VFL changed its name to the Australian Football League to make way for interstate clubs such as;

Long overdue, in 2016, a women’s AFL league launched, featuring some of the finest Australian football players the nation had to offer. From 2017 eight teams played over February and March to secure the champions title.

A game that was once intended to keep cricketers warmed up over winter is today, referred to as footy and Aussie rules, and is one of the most popular and thrilling games across the nation.

Australian football is adored for its speed and minimal restrictions, allowing for a free-flowing game—giving viewers a gripping and entertaining view.

Furthermore, the AFL presents the peak of physical fitness, skill, and spirit. In turn, capturing the attention of those who want to identify with and support their team of choice. Over time the Australian football has become a significant part of Australia’s history and culture. And as more people worldwide find out about the game, other nations are intrigued to get a slice of the action.

Nathan Buckley prepared to step away as Collingwood coach