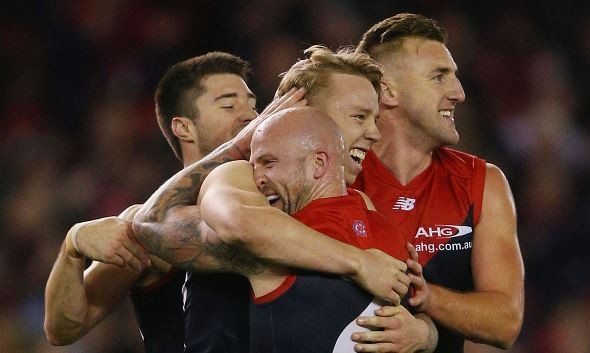 With the season now over for all but two teams, it’s time to start reflecting on 2015, and assessing how the off-season must be attacked.

Here is part three of our series of the major question confronting each team ahead of next season. Today we look at GWS, Melbourne, Port Adelaide and St Kilda.

GREATER WESTERN SYDNEY GIANTS: What do they want for their youngsters?

The Greater Western Sydney Giants’ list, as it stands today, is almost completely finished. Every team would love to add some depth through free agency, but that money will likely be kept for their core.

However, GWS do have one dilemma that they will be facing this off-season and that’s dealing with the trade requests of young guns Adam Treloar and Cameron McCarthy.

Both have expressed a willingness to return to their home states of Victoria and Western Australia respectively, with Treloar electing Collingwood as his club of choice and Fremantle showing interest in McCarthy.

The Giants must not look at this as a setback, but as an opportunity, similar to the way they handled the Tom Boyd situation last year.

Whilst they are unlikely to get the same swag of toys they got for Boyd last year, there are still some good deals to be had.

Treloar could bring in out of favour midfielder Paul Seedsman and a draft pick, while McCarthy could net GWS the talented Matthew Tabener or Hayden Crozier.

The Giants have managed their list exceptionally well during their first four years in the competition and they must work hard this off-season to ensure the hard work is not undone.

MELBOURNE DEMONS: Who stays, who goes?

The Demons had their first “positive” year in a long time this year, jumping all the way from 17th spot to 13th, under the guidance of Paul Roos.

Melbourne has finally established a good core of talent at all ends of the field that the club will be hoping it can take them to the next level within the next few years.

They’re still short a few key position players, but such players can be added through free agency in the near future, as the team becomes a more attractive destination.

However, some of their players are being mentioned in trade talks and it’s time for the club to make a decision.

Senior members of the team such as Jack Watts, Colin Garland and Jeremy Howe are all either on the outer or out of contract and linked with moves away from the club.

That of course means that this off-season, the Demons will need to work out how crucial they are to the their success, and whether they are better off at the club or not.

Garland is a restricted free agent, meaning the Dees can either match another club’s offer or let him walk and both Watts and Howe would bring back little more than draft picks.

This is an important time in Melbournes’ rebuilding period. If they choose to let the three go, they lose three of their weekly best 22. Whether or not it’d be better in the long term, only time will tell.

PORT ADELAIDE POWER: How far away is this team?

Port Adelaide enjoyed a stellar season in 2014. The Power came from seemingly nowhere to make the preliminary final and got within a kick of defeating the reigning premiers and making it to the big dance.

With that in mind, it’s fair to say expectations were high in 2015. Few experts expected Port to miss out on September action.

However, Port was served a huge reality check when they ended up missing the finals by one game, causing everyone to wonder what exactly it is that this team is missing.

Gold Coast forward Charlie Dixon is widely tipped to join the Power next year on big money. Surprising considering the word on the street is the Power are struggling with the cap.

Another key defender would not go astray in this side either. There have been murmurings that Hamish Hartlett may be traded to free up some cap space and any potential destination could be hit up for one of their better defensive talents.

The rest is up to Ken Hinkley and the coaching staff to work out. They had some very solid wins this year over Hawthorn (twice) and Fremantle and finished the year very strongly. But a slow start and too many home losses ultimately cost them what could’ve been a hectic finals series.

ST KILDA: Can they snare a big fish – and whom?

The Saints are a team that seem to be building nicely – good talent in key positions, a good midfield group and a talented young head coach. It may very well be that, like the Bulldogs last year, one big off-season may be all it takes to put this team over the edge.

Collingwood midfielder Nathan Freeman has already requested a trade to the club, but St Kilda will need to think bigger – Jake Carlisle bigger.

One of the better key defenders in the league, Carlisle would be the perfect addition to the squad, especially with the aging Sam Fisher and Sean Dempster heading towards the end of their careers.

Even another more modest addition would be a step in the right direction, such as Matthew Suckling from Hawthorn or Scott Selwood from West Coast, who have both been linked with moves to other clubs.

St Kilda, like many other young teams in the league, are getting towards the opening of their premiership window – and when it does open, they want to climb right through it, rather than stumble and fumble and fall through. Time to be pro-active and strike while the iron is hot.