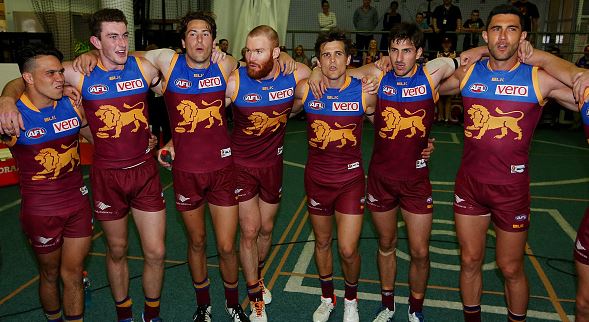 With the season now over for all but four teams, it’s time to start reflecting on 2015, and assessing how the off-season must be attacked.

There are plenty of players that are still unsigned going into next season, and for some clubs, locking them up will be a top priority and for others, it will be all about getting the maximum return.

There are also some teams with coaching uncertainties for next year, such as Adelaide and Essendon and for them, there is much more to worry about than just list management.

Without further ado, here is one pressing question confronting each team ahead of next season, starting with those who missed the finals.

BRISBANE LIONS: How do they stop the talent from leaving?

Brisbane has been in rebuilding mode for a few years now and unfortunately for their fans, they don’t looking to be going anywhere quickly.

While last season they were able to bring in talented duo Dayne Beams and Allen Christensen, they had to watch Jared Polec and Elliot Yeo succeed at other clubs, both talented youngsters previously lost to the Lions.

The revolving door doesn’t look like halting any time soon, with names like Aish, Leuenberger and Mayes reportedly looking to leave the club as they try to bring in the less heralded Jarred Jansen, Tom Bell and David Astbury.

The Queensland outfit has some good top-line talent, such as Beams and Daniel Rich, as well as some improving young talent.

They are not doing anything inherently wrong, they just need to effectively develop the talent and somehow stop the talent wanting out, which, as Sydney has show, the best way to do that is through success – or at least signs thereof.

CARLTON BLUES: Who stays and who goes?

After a horrendous year for the proud club, Carlton steered the ship back towards land by appointing Brendan Bolton as head coach for next year, signalling the start of a rebuild.

As must happen with each rebuild, a mega overhaul of their list needs to take place – one which club legend David Parkin called “one of the worst” he’s ever seen.

While there is some good talent at Princes Park, a decision must be made on Matthew Kreuzer, while the Blues must negotiate good trades for Chris Yarran and Lachie Henderson.

Whether there is a future at the club for players such as Dennis Armfield and Levi Casboult also remains to be seen.

While the Blues will definitely have one eye on free agency, they should look to trade for picks and young talent, rather than attempt to rebuild on the fly.

They’re heading in the right direction with a newly appointed coach, but now they must fully commit to a full-time rebuild, as painful as it might be for fans of the navy Blues.

COLLINGWOOD MAGPEIS: Is Nathan Buckley the man for the job?

Right now, it seems the Collingwood Magpies are committing to a rebuild on the fly, in the mold that we’ve seen with Geelong and Sydney. Perhaps contrary to belief, they’re not doing it too baldy either.

They have a nice mix of current superstars, young superstars and strong key position players that you would want in a side.

However, despite having a strong squad each year, they have gotten worse every season Nathan Buckley has been at the reigns and the footy public is finally starting to suggest that perhaps the succession plan has failed.

Collingwood is seen as a desirable option for free agents, with young superstar Adam Treloar already making known that is where he wants to be for next season.

They also have a high pick in the draft this year to add to their core.

Despite being under contract until 2016, the Collingwood board need to work out whether or not their favourite son is the man to take them forward.

Surely some improvement will need to be seen soon to see Bucks stick around at Victoria Park. That will need to start next season.