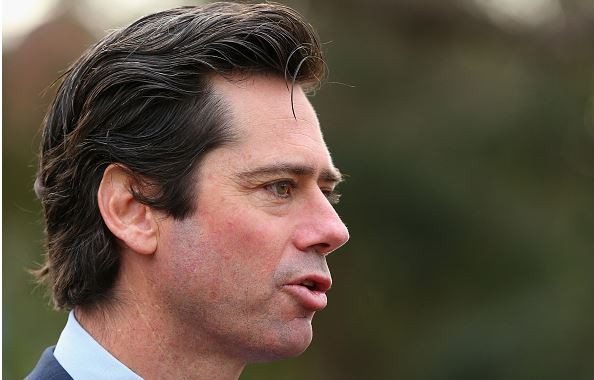 Gillon McLachlan says Tasmainia deserves its own AFL team…but it’s not getting one any time soon.

McLachlan said today at the National Press Club that the state deserves it’s own team due to the passion for the game in Tasmania, but it is simply not financially viable at this point in time.

“The 18 teams are guaranteed to be in existence in 2022. As to expansion I genuinely believe we have the right number of teams in the right slots for the foreseeable future, which is 10-15 years,” he said.

“The big question mark is Tasmania. Tasmania deserves its own team. It just does. Their participation rates, their ratings, they are as passionate as any state in Tasmania.

“In my view they deserve it. But the brutal reality is with the economy and scale they financially can’t support their own team playing 11 games when you need a return of $45 million.

“So what the model looks like down there is something we have had detailed discussions with the government about and the Kangaroos in Hobart and North Melbourne in Launceston.

“We need to get a model to work down there and we will continue to work on it.

“If I look around Tasmania, there needs to be a model for all Tasmanians to take them forward.”