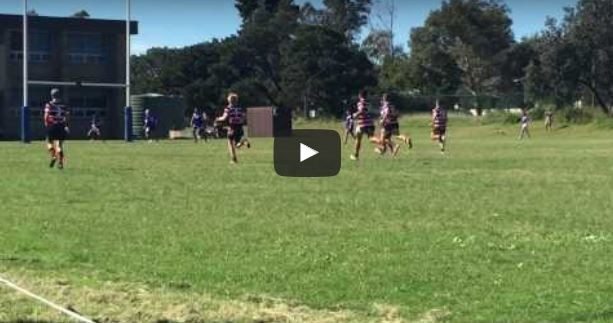 Having already plucked Kieran and Brandon Jack from rugby league ranks, the Swans have their sights set on brilliant young talent Tyrell Mayfield.

The 14-year-old was named in the Australian Secondary Schools Rugby League team this year but has opted out of league to concentrate on AFL and his studies.

Mayfield has been part of the highly regarded Swans Academy for three years and is looking to follow in the footsteps of young stars Isaac Heeney and Callum Mills.

“It will be a real challenge but I’m up for it,” Mayfield told The Daily Telegraph.

South Sydney, St George-Illawarra, Cronulla and the Roosters have all expressed an interest in the lightning quick teenager — who turns 15 next week — from Randwick Boys High School.