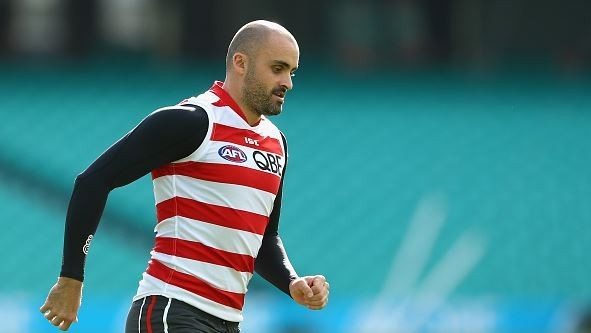 Sydney Swans defender Rhyce Shaw has announced that he will retire at the end of this season.

Shaw has played 136 games with the Swans after crossing from the Magpies in 2008 after 94 games.

The 33-year-old was part of Sydney’s 2012 Premiership side and is still one of the club’s most important players.

Coach John Longmire said Shaw is an extremely valued member of the club.

“He has been able to produce at a high level for a long time and remains an important part of our defensive unit. He still has a key role to play for us over the coming weeks and we look forward to seeing his customary run and attack from the backline,” Longmire said.

“Shawry’s impact as a leader has been immense and so many young players over the years have developed under his guidance.

“He is an incredibly popular figure amongst the entire playing group. Humble, loyal, selfless and very funny – he is just a great clubman.”