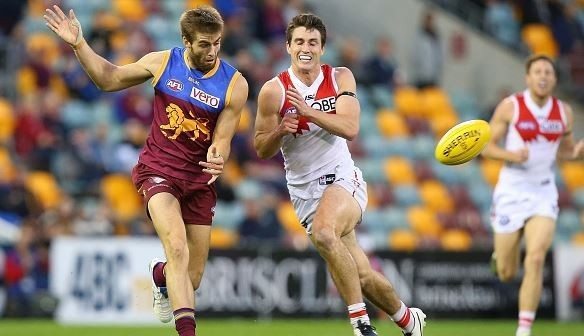 Plenty of people are questioning St Kilda’s reluctance to part with pick No. 5 to secure Jake Carlisle and with good reason.

St Kilda’s backline is aging and players such as Hugh Goddard and Luke Delany are unproven and will take time to develop.

So why are the Saints so adamant they won’t use their first round selection in a trade for Jake Carlisle when they are reportedly prepared to offer him a very healthy pay packet to play at Seaford?

You could look at the obvious arguments; the player wants out, he is out of contract, hasn’t played his best footy in a few years and the drugs saga to explain their position.

However, the reason may be a lot simpler. St Kilda has a backup plan if it cannot acquire Jake Carlisle.

Zero Hanger understands that St Kilda was looking at recruiting Brisbane defender Jordon Bourke before Jake Carlisle became available and it is entirely possible they will revert back to that plan if they cannot achieve a worthwhile trade with Essendon, who stand to lose their star key position player for nothing.

Admittedly Bourke isn’t a player of the same stature as Carlisle, but he is a key position player of some talent who fits into the age profile of St Kilda’s list quite nicely. He is a 20-year-old, 193cm key backman. He has played six games with the Lions in two season at the club and is a product of the Brisbane Lions’ academy.

Bourke is just one of the potential backup plans St Kilda has in the works, with Bulldog Michael Talia also available.