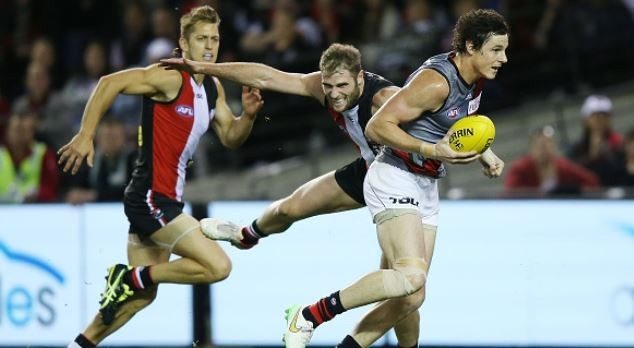 Herald Sun journalist Mark Robinson has reported that St Kilda asked for Carlisle and pick No. 23 and 25 and in exchange, offered draft pick No. 5.

Breaking: saints ask for Carlisle and picks 23 and 25 for pick 5. Bombers say no way Jose … On @superfooty shortly

“I’ve spent much of the day with Jake Carlisle’s manager and can absolutely confirm that Jake’s sole focus remains playing for the Saints in 2016. Further, Jake has confirmed this directly to our senior coach Alan Richardson when they spoke earlier today,” Bains said.

“I can also confirm that the Essendon Football Club has an offer before them to trade Jake to the Saints. We do not intend on providing running commentary on our negotiations and out of respect for Essendon we will not be publicly discussing the specifics of the proposal.

“But what I will say is that we have Jake and his management’s support for our proposal which we all believe is fair and reasonable and would achieve a satisfactory outcome for all involved.”